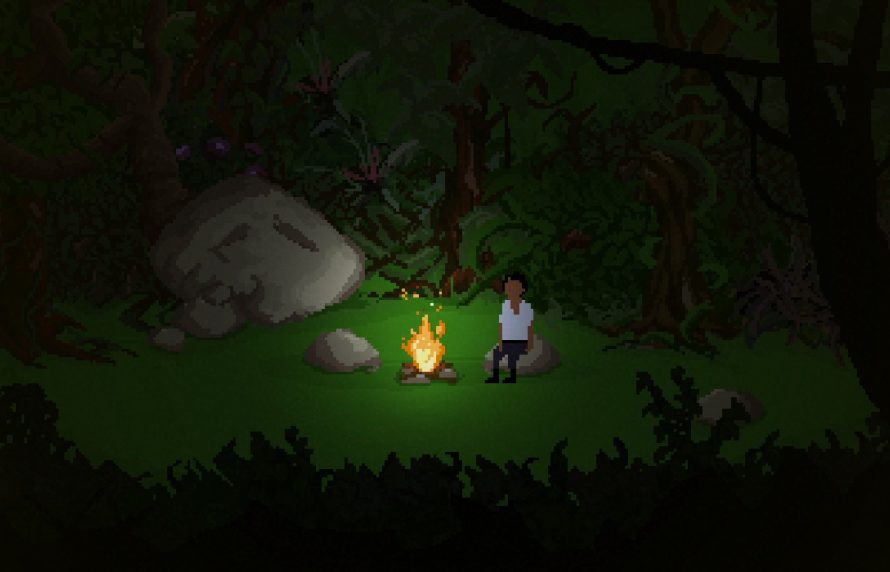 It’s kinda absurd how one moment everything’s just peachy, and then in the blink of an eye (and a landslide later)… you’re all alone in the deep jungle. Such is the case for Yandi, Sumatra: Fate of Yandi‘s unfortunate protagonist, and yet he’s more determined to point and click his way back to his partner Adiratna, hopefully also locating his best friend Ramdan in the process. Now that’s dedication.

Whether he will actually be able to accomplish those two tasks remains to be seen. The jungle can be a dangerous place after all, as clearly showcased in this old-school adventure which sports some rather lovely pixel art and a font reminiscent of genre classics. That said, hopefully, certain genre tropes -- ie. cumbersome inventory puzzles and moon logic -- have been left behind.

Will Yandi reunite with his friend Ramdan? Will he make it home to his beloved Adiratna? Will he even make it out alive?

According to its creator, Sumatra: Fate of Yandi does attempt to mix old and new after all, with a “nostalgic style that harks back to the genre classics” while also bringing featuring “unique and modern twists”. Whatever the case, once the credits roll on this tale of mystery and intrigue, I suspect the player will be left with a smile on his/her face; even if that is based entirely on screenshots, briefly checking out the demo, and the trailer below. Speaking of… how about that demo, eh?

Sumatra: Fate of Yandi is available from Steam and itch.io, complete with a demo.