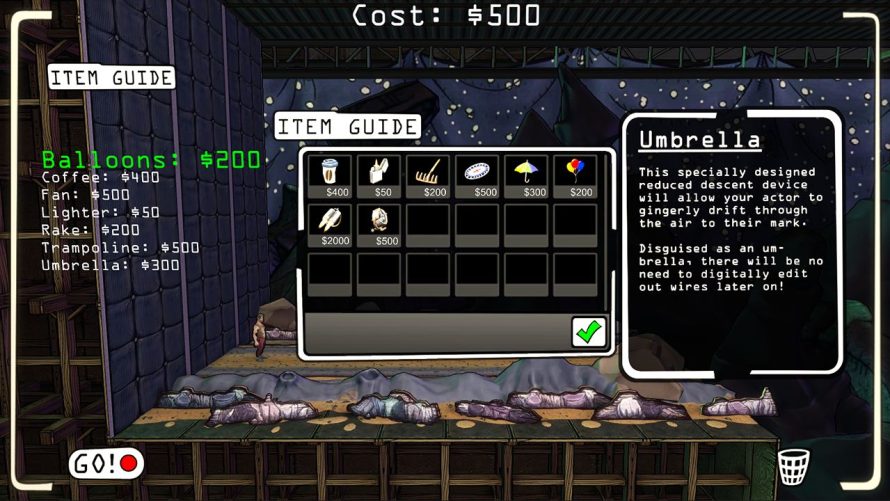 Ah, video games. The best (and arguably safest) way to live out crazy fantasies. I’d rather be the stunt actor than the director, but that’s not the hand you’re dealt in Stunt Runner. Being in the director’s chair does mean you get to call the shots though, on… everything! Time to give Smash Johnson, former stunt actor, a shot at reliving his glory days.

Yes, I know. Believe me, I also wanted to be the stunt actor and not the director, when I read the name ‘Stunt Runner’. But someone has to sit behind the camera and yell at everyone to get back to work. Well, that and, direct the movie, of course. Anyway, in this creation from Kermdinger Studios, you get to call the shots on everything from prop placement to stage design (with the in-game editor). What you don’t get to do, however, is control Smash Johnson (SJ) -- at all! Instead, your job consists of preparing each scene for what will hopefully be a flawless run to… well, wherever SJ is supposed to be when you yell “CUT!”. How’s that for an original concept?

In a way, it all sounds pretty easy: place a few props here, some there, let SJ loose on the obstacle course, sit back and watch the cash roll in, right? Not quite. This guy is far from the sharpest tool in the shed, and as such, ensuring that he makes it through in one piece is going to be quite the challenge; fortunately for the two of you, he’s gifted with infinite lives, so failure is but a minor setback. A shame real stunt actors don’t have that luxury.

The game follows him through several phases of filming stunts in the movie, from tryouts at the sound stage warehouse to full-blown movie sets in the Jungle, in Space, and many more.

As is often the case with physics puzzlers like this, you have the freedom to go completely nuts. Sending SJ on a collision course with the nearest wall at 200Mph won’t result in a victory, but I’m sure it’ll be amusing nonetheless; especially if at some point you’ve grown weary of his incompetence and just want the poor guy to suffer… suffer like G did! 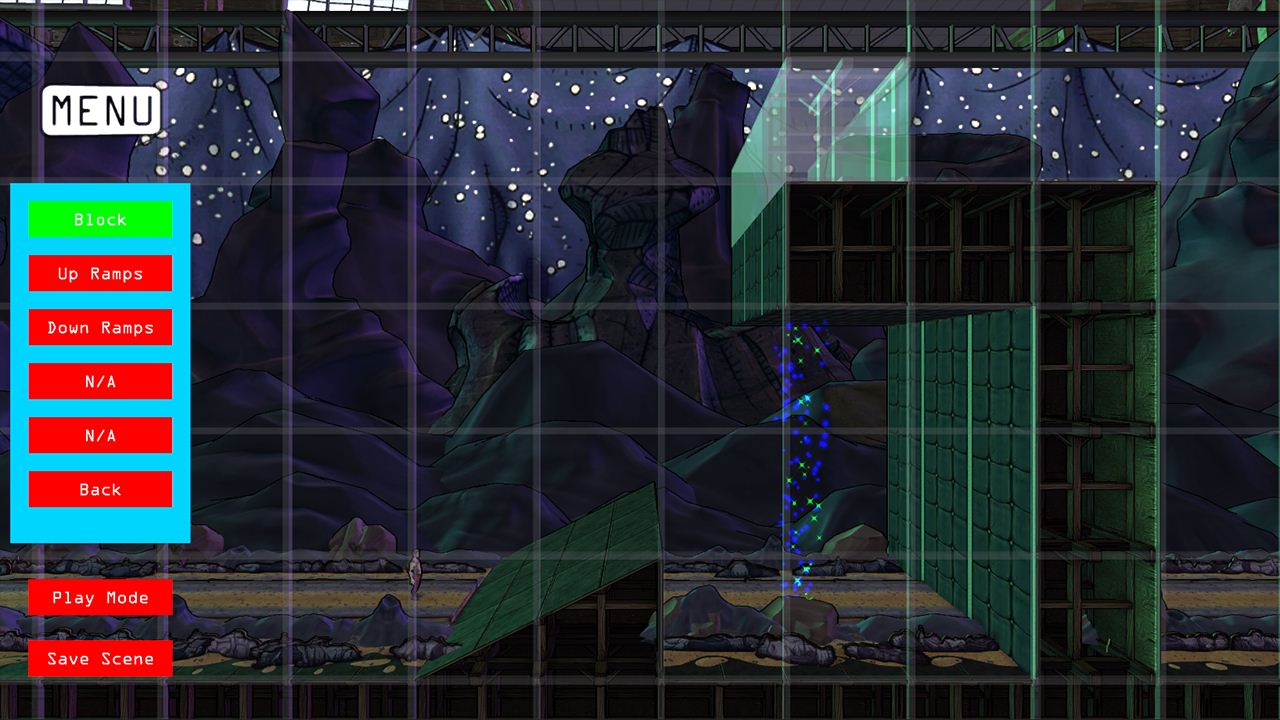 Even though Kermdinger Studios have been working on the game for a while now, it’s currently only 60% done and in alpha stage of development. Enter crowdfunding. Kickstarter, in this case. With 27 days on the clock and $2,195 of $55,000 pledge, the campaign has ways to go, but also plenty of time left. That wouldn’t mean a damn thing if the project page wasn’t chock-full of information, however… fortunately, it is.

Before development is wrapped up and Stunt Runner is released, they’re looking to add more movie sets, additional items, and obstacles (read: death traps), along with a way for people to easily share and access user-made content. Oh and polish, of course. SJ was once a great stunt actor, after all, so it wouldn’t do for him to be seen in something that resembles a b-movie, now would it? It Also seems he’s a big fan of this Steam thing, so much in fact, that he’s created a fan page on something called Greenlight. I know: actors, right? Won’t be long before his ego gets so big that he’ll forget who’s in charge!