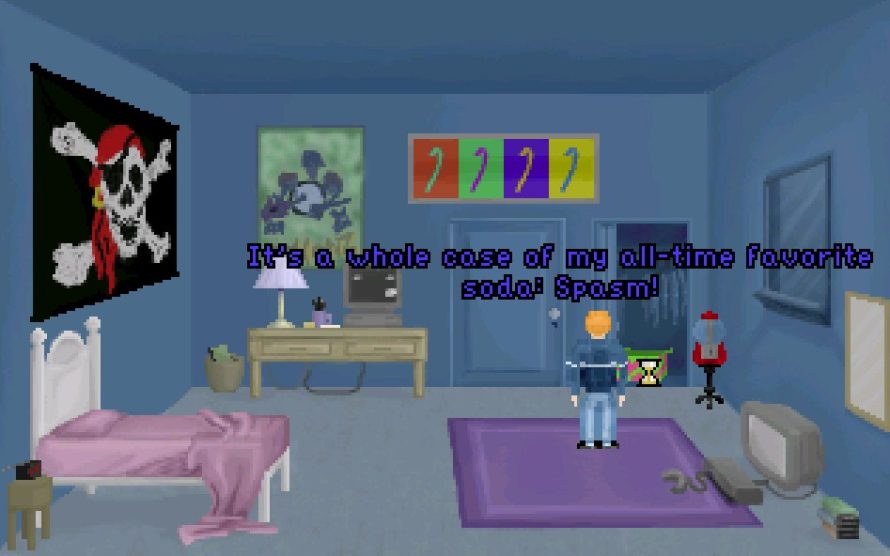 This time the spotlight will be shining on The Beard in the Mirror, an old-school point ‘n’ click adventure about… facial hair (nah, but it could be!). Let’s see if we can’t help it escape the cold emptiness of Greenlight limbo, eh?

The Beard in the Mirror is a point-and-click adventure game about a boy who doesn’t know who he is, where he’s going, or how he fits into his world. But not because he’s an amnesiac; he’s just a typical 22-year-old who still doesn’t know what he wants to be when he grows up. As far as he knows, he’s never once traveled outside his own universe—but the beautiful girl who wakes him up in the middle of one stormy night seems to think otherwise…

Okay. Gotta say, not what I expected based on that title, but hey -- we’ve all been there at some point, right? 22 years of age that is, not that other bit. Anyway, this nonsensical tale seems to pack quite a punch, with wild wizardry, dastardly dangers, and rockin’ romance; in a nutshell, it’s about growing up. Yup. Although unlike in the real world (you know, outside video games), growing up in the world of our nameless protagonist is hardly a bad thing, because… something something mirror, gateway, fantastic world, mysterious damsel (in distress? maybe?).

So riddle me this, dear reader: why is The Beard in the Mirror still struggling to get through Greenlight? It’s not out just yet, but should be at some point later this year. As such, might I recommend visiting its Greenlight page and handing over a ‘yes’, if you like what you see? Remember, your vote matters!