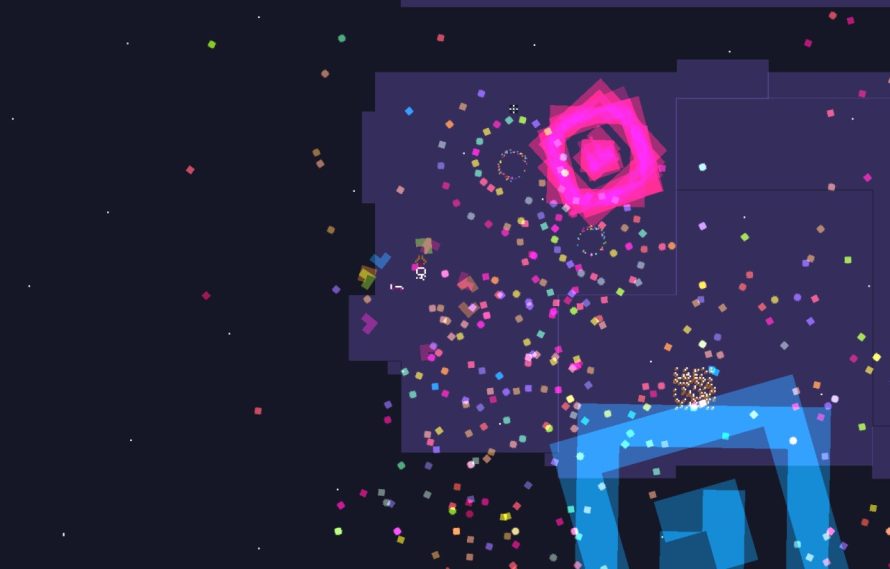 This time the spotlight will be shining on Spaceman Sparkles II -- Astronaut Shine, a flashy, colorful, chaotic twin-stick shooter… IN SPACE! So what say we help it escape the cold emptiness of Greenlight limbo?

Shoot lasers, dodge dangers, teleport, get items and fight a few bosses…. in SPAAAAACE~! I made a game, I think it’s pretty okay. You fight bosses and stuff.

Told ya: IN SPACE! Also, strobe light warning in the trailer below. That said, I do like me some crazy shootin’, even if neither trailer nor description makes a lot of sense. Hasn’t stopped me before after all, so why start now? Besides, at least its creator is 100% honest about his game, saying “I think it’s pretty okay”. I just hope the price tag matches its arcadey roots, because as much as I like the overall crazy vibe… I don’t see this one doing well in extended sessions. Nothing wrong with that though, as (good) bite-sized games are much too rare these days. Much too rare indeed. Also, pretty colors.

So riddle me this, dear reader: why is Spaceman Sparkles II -- Astronaut Shine still struggling to get through Greenlight? It’s not out just yet, but a demo is available. As such, how about visiting its Greenlight page and handing over a ‘yes’, if you like what you see? Remember, your vote matters!