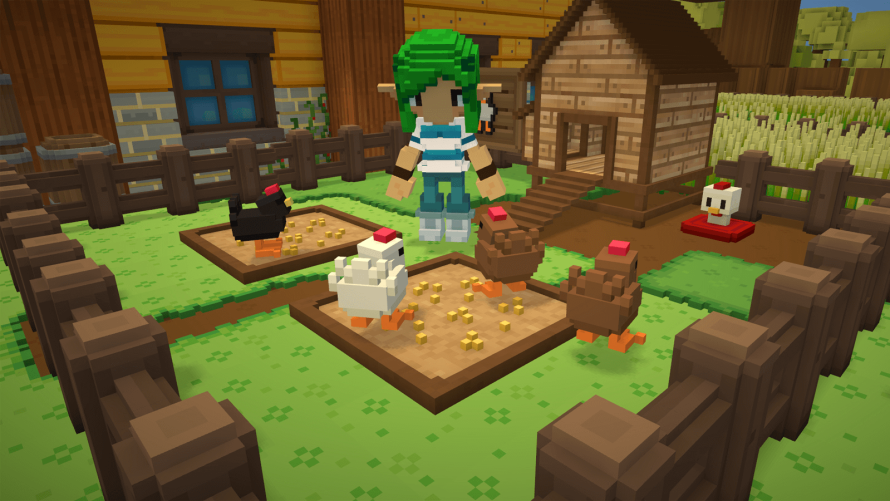 While you may already be super busy fighting demons, dragons, elite agents and all kinds of nasties in other game worlds, I dare you to resist the temptation of a relaxing sandbox farm life in Staxel. There are chickens to feed, as can be seen in the above picture, fish to catch, villagers to meet, and much more. Your farm, your world, your… fun times?

Now, the fun aspect is likely going to vary from one player to another, seeing how the game is currently in Early Access, meaning bugs are bound to crop up (get it?). That aside though, according to its creator, Plukit, there’s plenty of content in the game already, so don’t be surprised if you end up losing track of time while playing. Just saying. It’s been known to happen. Oh, and as far as reaching that glorious 1.0 milestone goes, ‘late 2018’ is the current window. Not too shabby.

But while you’re busy tending to your own little part of the world, don’t forget about the nearby town! It needs your help to grow and, eventually, prosper. Sure, you could simply choose to ignore that aspect completely and simply go about your daily business, collecting stuff, growing crops and other hobbies. Probably wouldn’t be a terrible idea to help those poor villagers long-term, though. Who knows, might even prove beneficial for your farm? Won’t know unless you try. So go on -- enter the wonderful world of farming, in Staxel!