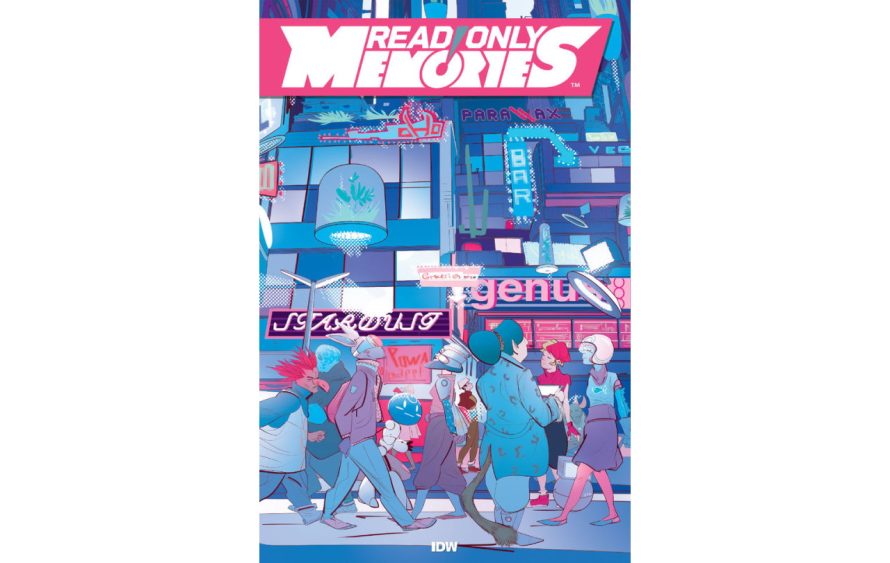 Wow. Read Only Memories in comic form and in partnership with IDW Publishing (Transformers, Samurai Jack, TMNT) no less? This is huge. Huge, I say, huge! Even more so, seeing how this won’t be a mere retelling/reimagining of 2064: Read Only Memories and/or its upcoming sequel, Read Only Memories: NEURODIVER. Instead, we’re getting a brand new tale “involving sentient AI, love and a web of conspiracy”.

That said, as for exactly how the tale is going to turn out -- or even begin -- well, we’ll have to wait until this December. Not an overly long wait, of course, and for those eagerly awaiting Read Only Memories: NEURODIVER (scheduled for release sometime next year) it should serve as a welcome ‘gap filler’ before the next interactive foray into the Read Only Memories universe. Oh, and it won’t be a simple one-shot either as there will actually be monthly installments. Very groovy.

IDW’s series features Lexi Rivers, formerly a detective and now a private investigator. When a robot arrives at her door seeking a lost lover, she is drawn into a journey to the seemingly peaceful beaches of Santa Cruz.

Better yet, illustrations will be handled by Stefano Simeone (whose prior employers include Dark Horse, Boom! Studios, and The Walt Disney Company) while Sina Grace (an experienced comic writer who has worked on Marvel’s Uncanny X-Men and Iceman) is in charge of the story. What more could fans possibly ask for in a Read Only Memories comic book?

Update: forgot to mention that 2064: Read Only Memories will be getting a Limited Run physical Switch version in Q4 2019 in both a standard and a collector’s edition, the latter of which will -- among other things -- include VA-11 HALL-A, from the same developer.