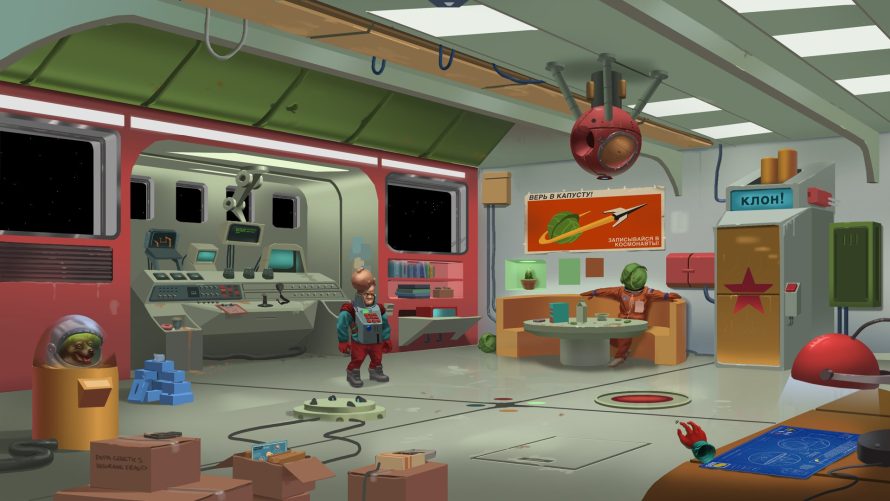 Ever been to the Eastern European country of Krusz? Me neither, but hey -- we’ll soon be able to visit it by stepping into the shoes of Paradigm, in Paradigm… the game. And what better way than as a mutant with a troubled past who dreams of becoming the world’s greatest electronic music artist, really? Doesn’t matter if you utterly despise the genre, because this guy needs help: an evil genetics corporation, of all things, is trying to capture the poor guy. Time to point, click and make magic happen!

I mean, so what if he’s not exactly easy on the eyes? Paradigm (the character, this time) is in dire straits (no, not the band…), and that’s what we should be focusing on. Oh, and his dream, of course, even if electronic music is not quite to everyone’s liking. Who knows though, maybe at some point throughout the game, we’ll get to blast that aforementioned corporation with some rockin’ tunes? Maybe. Probably not.

Paradigm’s world is what people from that era imagined it to be; large super computers, space age furniture and floppy disks that can save the world.

A more likely scenario is… seeing Paradigm on a date with a toaster, believe it or not. I’d recommend against trying to figure out the ins and outs of that one and instead, just allowing it to surprise ya if/when the time comes. Gotta love nonsensical adventures like this one, eh? Oh, and if you really want to, according to its creator, you can also strike up a conversation with a psychopathic superhero. Because who wouldn’t want to do hang out with something along the lines of Bizarro?

As for what else to expect from Paradigm (the game, just this once), well, we won’t have to wait longer than until April 5, 2017, to find out! Based on the trailer below, I’d wager some seriously obscure shenanigans lie ahead of us, in the year 2026. Shenanigans which will hopefully lead to a certain mutant triumphing over an evil corporation and becoming… the greatest electronic musician the world has ever known!

Paradigm will be available from Steam on April 5, carrying a TBD price tag.