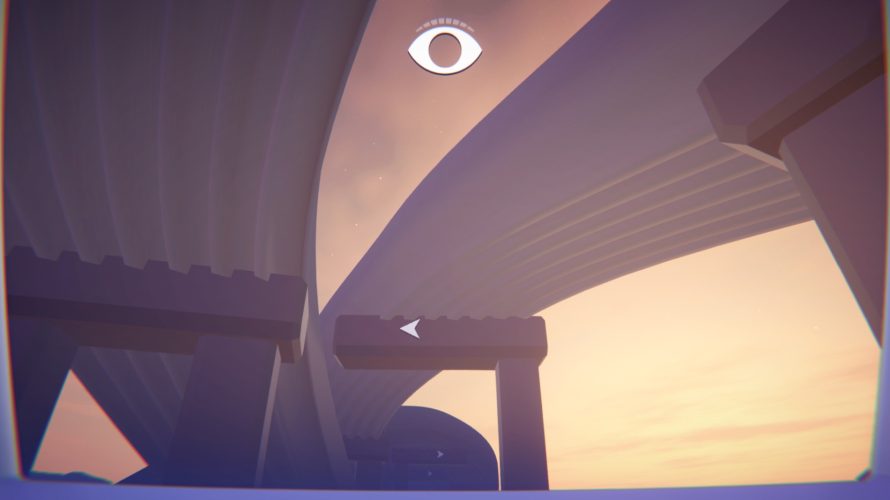 You may have gone on road trips before, perhaps even totally awesome ones… but rest assured that none of those were quite like what awaits in Overpass. I mean, first of all, you get to “uncover the history of the future” (wait, what?), in a rhythmic manner. Yeah. I know. None of what you just read makes much sense. That’s intentional. Just keep reading, and all shall become clear. Well, maybe.

Alright, so, over the course of the game, you’ll be cruising through eight regions, pressing (and at times, holding) buttons in a timely manner to the sound of thirty hand-crafted musical compositions, including an original album from Makeup and Vanity! Doesn’t sound overly complex, right? Chances are it won’t be, and yet, based on the trailer below, a clever twist or two just might pop up; ‘held notes’ (at least, that’s what I think they’re called?) seem to be a thing, for example.

Using a new perspective in rhythmic presentation, move to the music as the world moves past you.

But what really made me interested in Overpass, aside from the whole rhythm game aspect, is that it will feature… wait for it… branching paths! Or as its creator puts it, “branching paths allow you to design your own playlist for each adventure”. The interactive fiction fan in me could not be more excited after reading that bit. Oh, and like any good neverending game, this too has Steam Workshop support, a track editor, and a scoring system. Are you ready to be the very best like no one ever was?

Overpass - Wishlist Now on Steam!
Facebook Twitter LinkedIn Pinterest Tumblr WhatsApp Telegram E-mail
Previous article Mind-Bending First-Person Puzzles Emerge From Shadows That Are Deadly to the Touch in 'Lightmatter'
Next article Reunite a Family in 'Ministry of Broadcast' by Competing on Reality TV