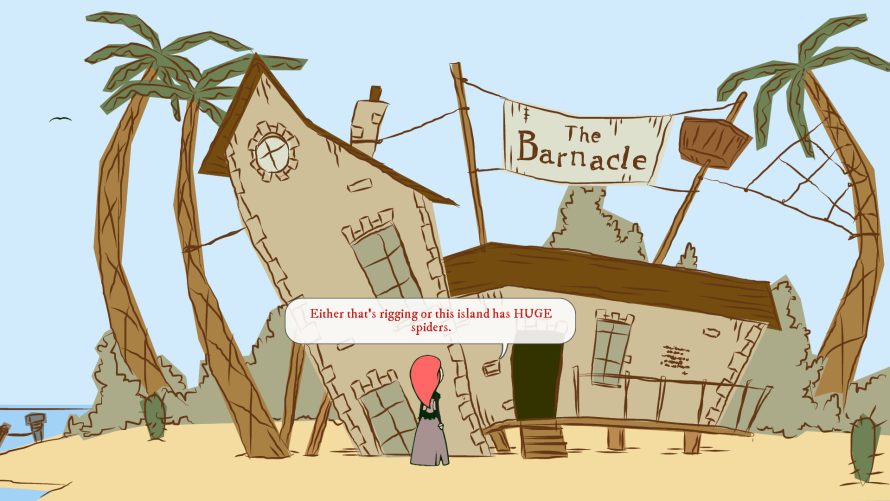 When a fleet of birds (or spoonbeaks, rather) goes missing, who can the spirit of a dead buccaneer turn to for help? Why, Nelly Cootalot, of course! I mean, she does have a soft spot for tiny adorable creatures, in spite of being… a fearsome pirate. But is she really, with a name like that? Well, either way, a dastardly journey of piracy and corruption awaits! Also, Nelly Cootalot: Spoonbeaks Ahoy! HD is by far the definitive version of the 2007 classic, courtesy of remastering wizardry.

In true point ‘n click fashion, Nelly will be ‘borrowing’ items from, well, a lot of people. What? Oh, stealing is illegal? Uh, yeah, but did you miss the bit about how the game’s protagonist is a fearsome pirate? I’d wager most of the NPCs won’t mind her committing a little theft, however, for how else is the game to progress? Oh right, puzzles. These are also a thing, obviously, and with this recently released HD version, there shall be none of the pixel hunting nonsense that plagues so many other genre entries, old and new. Actually, I don’t recall that being the case with the original either. Well then. Inventory puzzles also seem rather absent and praise its creator for that. No one likes combining item x with y to create z. No one. Messing with pirates, causing all kinds of shenanigans -- including the acquisition of facial hair from one such (wait, what?) -- on the other hand, now that’s more than welcome.

As for what else you’ll get to do in this first adventure of Nelly Cootalot, well, drop a few bucks to acquire a copy of the game and find out for yourself! Puns, puzzles, and pirates await, along with corruption, conundrums and… a cheap price tag. Did I mention how the revenue -- after fees and taxes are deducted -- goes to the RSPB, a British bird-focused charity? Yup.

So what are you waiting for? Two spoonbeaks, one game. Or… uh, something along those lines.