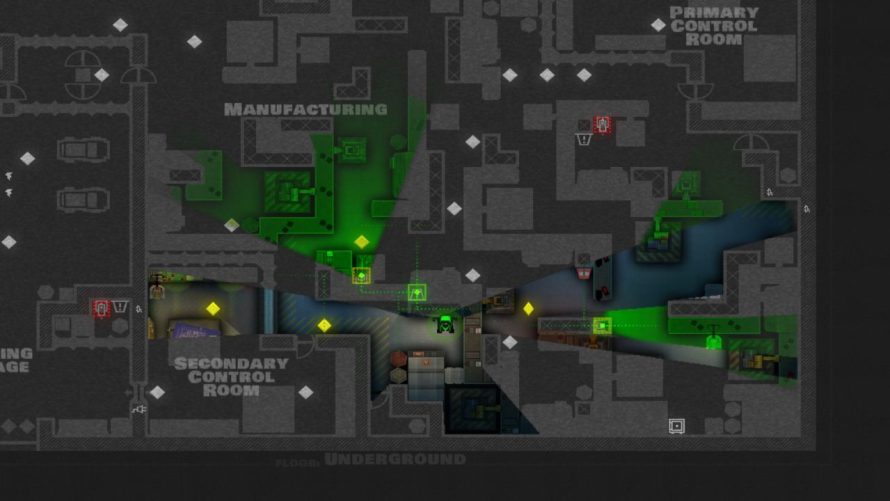 Well, I’ll be. Turns out the level designer of co-op heist hit Monaco: What’s Yours Is Mine isn’t entirely satisfied with how things turned out and based on user feedback, he’s not the only one. As such, a sizeable update went live a couple of days ago to fix this, by tweaking existing levels, removing bits and pieces here and there. Nothing like some serious post-launch support.

As anyone who’s played either campaign for a good bit will tell ya, there’s a LOT to do. Even more so, should you choose to bring a friend or two (or three) along for the ride. Sure, in theory, more people means an easier time, but… it does also mean more who might ‘accidentally’ alert guards, and other no-nos. Anyway, according to Pocketwatch Games, “9.4% of people who finished the first level also finished the last level of the first campaign” (on Steam). Not exactly a high percentage. The sales figures tell a much more impressive story though, as the game has sold more than 275,000 copies across all platforms.

We want more people to finish the campaigns, and we also personally kinda hate some of the levels. Certain areas feel redundant, certain levels feel tedious.

Impressive sales or not, a 9.4% completion rate means something’s not quite right. So what’s a developer to do? Well, these guys decided to put the game on a diet, with this update being the result. Mentioning exactly what’s been altered would be spoiler-ish, so here’s a link to the post instead. Also, if you for some reason dislike the changes, just play Classic mode instead of Enhanced. I’m sure some will appreciate this, even if the designer felt the removed content should have been left on the cutting room floor.

Alongside the modifications, a brand new campaign spanning three levels and fresh leaderboards for both Zombie and Enhanced mode is also part of this update. Ain’t often a developer dives back in for some major level tweaking, and in this case, I’m glad it happened. So what’s next for Monaco, you ask? “Next”, is more than 9.4% finishing the campaign (on Steam). Seriously, what’s the deal with that low percentage?

Monaco: What’s Yours Is Mine is available for Windows and Mac (directly, Steam) and Xbox 360 (XBLA).

Monaco: What's Yours Is Mine OFFICIAL TRAILER
Facebook Twitter LinkedIn Pinterest Tumblr WhatsApp Telegram E-mail
Previous article Solve Not So Ancient Riddles In 'Breakage' to Fix a Messed Up World
Next article Holiday Helpings Bundles Indie Games With Groupees to Feed the Hungry