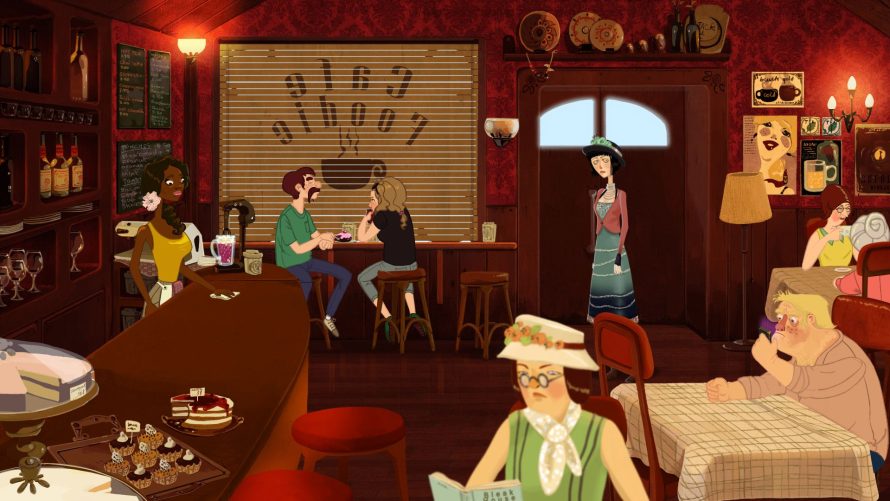 Most people will encounter loss throughout their lives, and several times at that. Few cases are, fortunately, as severe as that of Memoranda‘s protagonist, as she… is losing her memory. Bit by bit, to the point where her very name is fading into oblivion -- almost as if it never existed. Were she the only person in town currently in the process of slowly, but surely, losing something, one might chalk it up to a mental issue, but that’s not quite the case, as other people are experiencing something similar! Just what is going on here?

Oh, and that’s far from the strangest thing about the town in which Memoranda takes place: there’s also -- and I kid you not -- an elephant who wants to become human. Yes, really (according to the developer). Does that put it on the list of about-to-lose-something, though? Not really, unless the transformation process counts. Say it doesn’t. What then? Is it just a textbook case of ‘lost marbles’? Hard to say, really.

A point and click adventure game with magic realism elements that tells the story of a young lady who gradually realizes she is forgetting her own name. Is she really losing her memory or is there something else that could explain the strange circumstances?

Either way, if you ask me, I’d say each and every last person in the cafe (pictured above) have experienced loss in some form. But what, is there a chance of recovery for any of them, or is something far too sinister taking place? A process so vicious, there’s simply no turning back the metaphorical hands of time for these poor human beings? Maybe, although I highly doubt that’s the case, magic being involved and all. Magic. That one word which basically translates to ‘anything can happen’.

With several dozen different locations and as many characters to poke, investigate, grill for information, and so on, someone should hopefully have at least a slight clue as to what is going on, and who’s to blame for this craziness. Because loss is the worst.

Memoranda is available from Steam, GOG.com, carrying a $14.99 price tag.