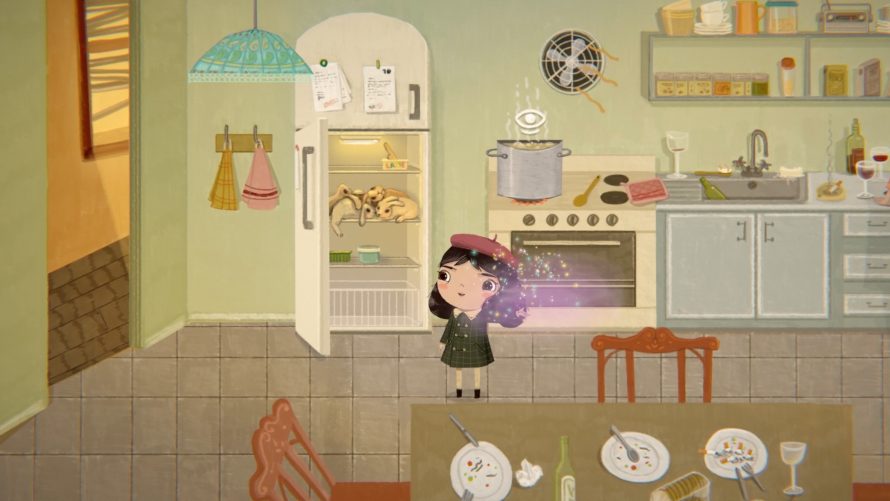 Have you ever played a game that almost immediately tossed a grim foreshadowing at the player? Because that is exactly how the Little Misfortune demo starts, and after experiencing all it had to offer, I was left hoping more than anything that the full version is going to permit altering future events. Although seeing how said demo hinted at a dark and gritty tale… something tells me that won’t be possible.

Or perhaps it will be? See, according to its creator, not only does Little Misfortune take place in the same world as Fran Bow, but apparently “your choices have consequences”. Exactly how much of an impact on the story choices will have remains to be seen, as the demo only provided a very brief taste of things to come, clocking in at around 15 minutes with only a few choices to make. In spite of barely getting to know its protagonist before the credits rolled, there were still enough ‘what the heck just happened?’ moments to make me eager to explore more of this strange tale.

One example of such would be how Mr. Voice (aka. the narrator) addressed not only the player but also the game’s protagonist every so often, setting the stage for something not quite normal (and really, isn’t that the best kind?). On top of that, Misfortune also acted rather weird from the get-go, recollections of certain (borderline) traumatic events seemingly barely phasing her. Perhaps that glitter she’s so incredibly fond of has a reality-warping effect? Or… well… I don’t really know just what’s going on with her. Chances are that’s intentional though, further adding to the mystery.

Starring Misfortune Ramirez Hernandez, an imaginative 8-year-old, who seeks the prize of Eternal Happiness, as a gift to her Mommy. Led by her new friend, Mr. Voice, they venture into the woods, where mysteries are unraveled and a little bit of bad luck unfolds.

As for why Misfortune is going through the trials and tribulations that lie ahead -- most of which will be harsh and dangerous, surely -- in this here adventure, well, the prize of Eternal Happiness awaits at the end of it all. A gift she plans on giving to her mom, a gesture that’s sure to net her the Daughter of the Century award -- provided she manages to survive it all, that is. A glimpse of the level of eerie they’re going for was provided near the end of the demo, and I’d wager that’s only the beginning. Can’t wait to see where this one’s going, and hopefully the wait won’t be too long.

Little Misfortune will be on Steam and itch.io later this year. For now, how about that demo?