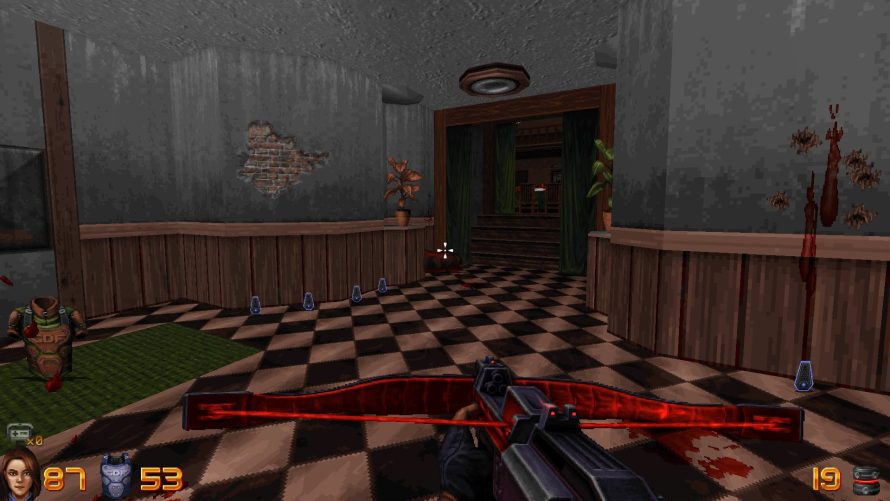 In recent times, more than a few developers have managed to breathe new life into the shooter genre, courtesy of a heavy dose of nostalgia. Between 2016’s hellishly difficult score-chaser, Devil Daggers, 2018’s gory blend of Quake and Blood, DUSK, and upcoming Quake powered WRATH: Aeon of Ruin, fans of old-school shooters never had it better. But above them all… stands soon-to-be-released Ion Fury, running on a heavily beefed up version of the Build engine!

Late last year I took the preview campaign for a spin in order to make my coverage of Ion Maiden (now Ion Fury, courtesy of a lawsuit) release date/window more than your average news piece, and boy was I ever glad I did. Right from the get-go, it was as if I had traveled back in time -- back to the glory days of Duke Nukem 3D, albeit with ever so slightly modern tech powering the experience. One-liners were as plentiful as the ammunition for my over-the-top arsenal of bad guy-ending tools, walls were blown up left and right to reveal secrets, and… then I died. My own fault for not realizing sooner that this one harkened back to the days before the protagonist’s health automagically regenerated. Thankfully the game does let you save just about anywhere, however, so those who have no problem practicing the art of save scumming should have an easier time than the rest of us, taking down Dr. Jadus Heskel’s seemingly infinite villainous hirelings.

As for me, I’d rather just let the auto-save checkpoint me and search high and low for health kits while carefully navigating each level, paying close attention to any indication of nearby enemies -- because these jerks have no problem appearing in the most inconvenient hard-to-reach places. A few precise shots from ‘Loverboy’, the pistol you start with, will dispose of them easily though. Oh, and if you find yourself overwhelmed, holding down the right mouse button while aiming just might help. How? Well, I’d say that it’s straight out of Red Dead Redemption; a little thing called ‘Dead Eye’. Doesn’t work exactly like in that game though, as time is not slowed down and targets must be within view at all times to be viable. I think. Not entirely certain. More research required, so I’m gonna dive right back in for more carnage after hitting that ever lovely ‘publish’ button on this.