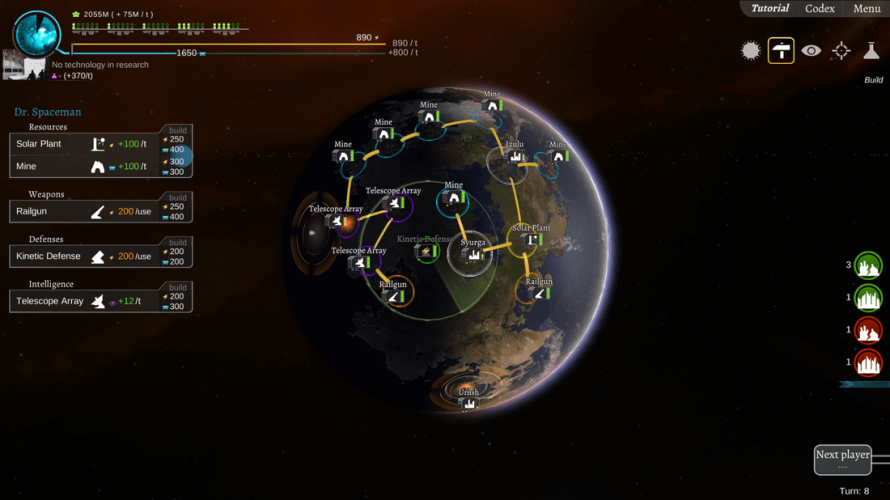 Waging war in a planet-against-planet setting certainly sounds like a good time to me, and while Interplanetary is mostly about multiplayer, the team did eventually add AI opponents prior to leaving Early Access. But that was then, this is now, and earlier this month we got a peek into the future of said title. A future which is looking mighty bright, what with a rather significant Enhanced Edition overhaul/update set for launch this very summer!

Among other things, fans can look forward to new Intel Mechanics, new and redone sound effects, new this, new that -- a lot is being changed and/or added, basically. A lot! But perhaps the biggest of these comes in the form of online AI opponents! I’m guessing the online bit means lobbies can, following the Enhanced Edition release, actually be a mix of people and AIs, which would be pretty darn groovy. If not that, then… wait, what?

Oh, and the tech tree will be getting a graphical overhaul, bits and pieces will be tweaked and tuned for some serious rebalancing, visual improvements, a better UI, and… so much more. Did I mention how it’s going to be a huge update? Unless they decide to release it as a separate game of course, which will be free for current owners. Would be silly to charge for what’s essentilly a content patch, even if certain other developers don’t seem to think so.

The entire list of what’s planned for Interplanetary Enhanced Edition can be found here, as well as tidbits about what Team Jolly Roger has been up to as of late. Hint: it involves mushrooms, albeit, fortunately… not in the way one might think.