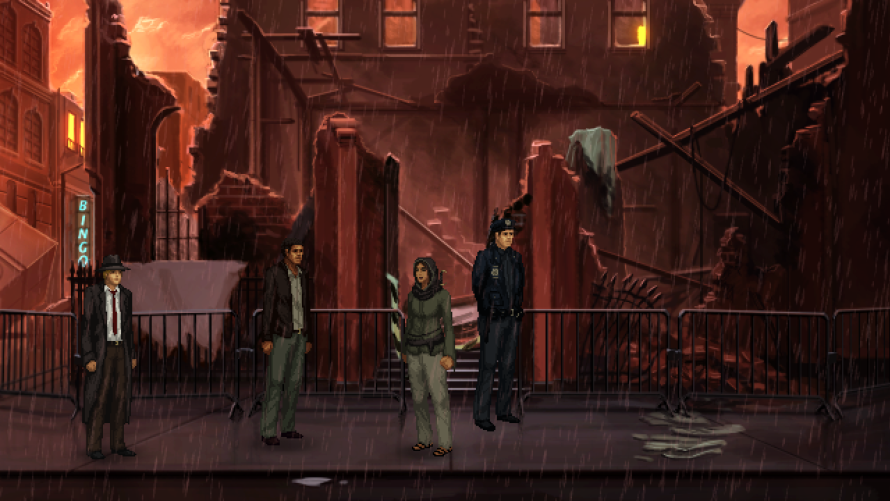 Another ID@Xbox Game Pass Showcase has come and gone, which of course means… more ID@Xbox stuff! Gotta love how much Microsoft is focusing on indie games these days, eh? While this batch is nowhere near as grand as that revealed at this year’s E3 (remember?), there is still a lot to like about it (also, interviews).

So, as always with announcements/reveals such as this, I’m going to keep it brief and instead let the lists speak for themselves. Save for this one thing: Unavowed! YEAH! Ahem. Right. The list of recently revealed upcoming ID@Xbox Xbox Game Pass additions and interviews -- which can be found below…

Xbox Game Pass for Console and Xbox Game Pass for PC (Beta)
My Time at Portia
Gather, mine, and craft as you explore, adventure, and rebuild your Pa’s workshop. With many different activities to choose from, there is something for everyone.

Bad North
In this real-time tactics roguelite, tailor your strategy to the unique layout of each island as you defend your island kingdom against Viking invaders.

Gonner
Venture into this challenging 2D platformer as you traverse dangerous environments and battle formidable foes on your journey to cheer up your only friend.

The Banner Saga 3
In the final chapter of the award-winning Banner Saga series, the darkness closes in. New playable characters and deeper combat await you in this story-driven, strategic RPG where choices atter and carry over from The Banner Saga 1 and 2.

Yoku’s Island Express
Play as Yoku, a small postman, on a quest to rebuild the post-office and awake an ancient island deity in this tropical open-world pinball adventure.

Worms W.M.D
Dive into the best Worms experience yet with more destruction, new weapons, and crafting. And with single player plus online and local co-op modes, enjoy solo or with friends!

Xbox Game Pass for PC (Beta)
Undertale
You’ve fallen into the Underground, a world brimming with monsters. In this humorous RPG, fight or negotiate your way out – the choice is yours.

Timespinner
As timekeeper Lunais, take on the Lachiem empire to avenge your family. Utilize time, magic orbs, and Familiars to defeat enemies in this story-driven action-platformer.

Unavowed
Seek salvation from a dark past as you join an ancient society dedicated to fighting evil in this point-and-click adventure with branching stories.

Machinarium
Aid Josef, a robot who must save his girlfriend from the Black Cap Brotherhood gang. Embark on an adventure filled with puzzles, quests, brain teasers, and mini-games.

For the King
A kingdom is peaceful no more and the queen calls for the citizens’ aid. Heed her call in this challenging and strategic RPG with tabletop and roguelike elements.