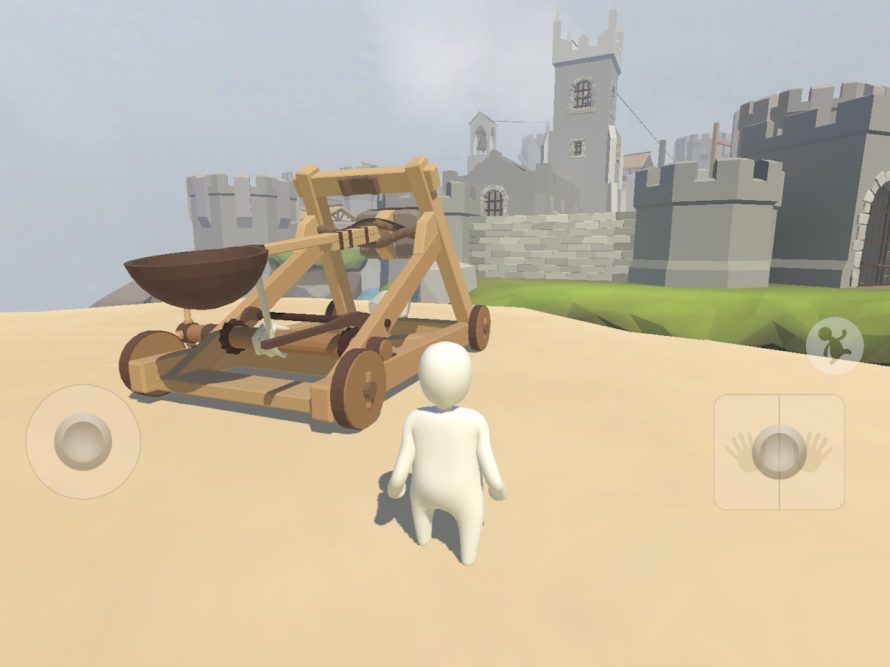 Human Fall Flat is absolutely brilliant. No, this is not a review, although I have in fact played the desktop version, start to finish, and it was an absolute joy. Whether the wonky physics-related hilarity transfer well to touch controls I do not know, but hey -- Bluetooth controllers are supported, much like online multiplayer, so at least you won’t be forced to play this mobile game like it is exactly such. Unless you want to. You strange, strange person.

Now, what makes Human Fall Flat such a thrill to play is that… its physics engine is all over the place, arms and legs flailing about in a chaotic attempt at pushing buttons, pulling levers, perhaps even latching onto your friend, never to let go. If that doesn’t sound absolutely glorious, then I don’t know what to tell ya. Because it is. And now you can experience all that on the go with recently released Android and iOS versions of the indie classic from 2016. Very groovy.

Oh, almost forgot: since it’s rather dangerous to go alone, do bring a friend… or two… or three! So long as they all have their own mobile devices that is because as I’m sure you can imagine, split-screen would be pretty much impossible to turn into a fun time. Which would be a shame, as there is lots of fun to be had here as you go about attempting to throw your friends over the edge, only to have them reappear, falling from the sky, shortly thereafter landing right on top of your character.

Did I mention how Human Fall Flat is the perfect mix of weird and awesome, and how great it is to finally see it hit mobile devices? Heck, the price tag is even nice and low ($4.99) in comparison to the Steam original ($14.99).

Note: as also mentioned in the FAQ, this version is neither developed nor maintained by the same as its desktop counterpart, so it will not feature/get the same content updates.

Human Fall Flat is available on Google Play and the App Store, carrying a $4.99 price tag.