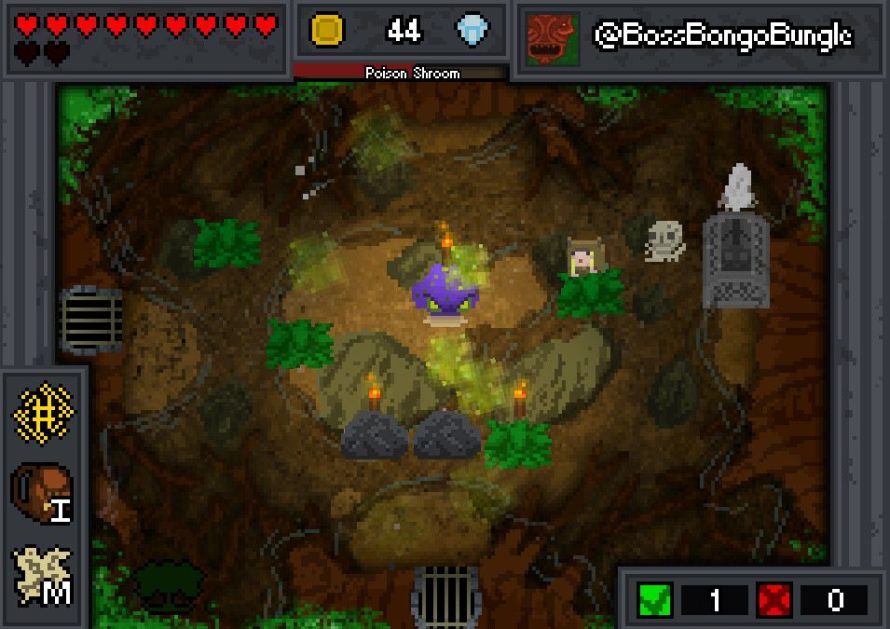 Evil being evil and all, it’s hardly going to surprise anyone that it/they are up to no good, in Hashtag Dungeon. But in this case, you don’t have to be the good guy. Instead, how about teaming up with other evil-doers to actually create the hazardous dungeons these so-called heroes have to trek through? Sharing your lair of wicked beings with the world not only opens it up for exploration but also expansion… through social media!

Sounds crazy, right? Honestly, I’m still trying to wrap my head around the concept, but one Twitter search for #HashtagDungeons shows it either works, or quite a few tweeters are being super cryptic about something related to the game. I’m gonna go with the former, and not just because this is one of the most unique uses for Twitter in quite some time. That and it does help streamline level sharing, on top of enabling users to build upon existing dungeons. That last bit does, however, require in-depth knowledge of the syntax, which is likely why a graphical editor has been included, allowing those less tech-savvy to also become (evil?) dungeon masters.

Or you could, you know, delve deeply and greedily into said dungeons instead, letting other worry about architecture, designs, wallpaper colors, and so on. Test your mettle against the dark denizens, deadly bosses, trap-filled room… after room… after room… after room. Plus, with six characters available, each of which seems to bring a different set of tools, there’s bound to be plenty fun here for aspiring dungeon-crawlers.