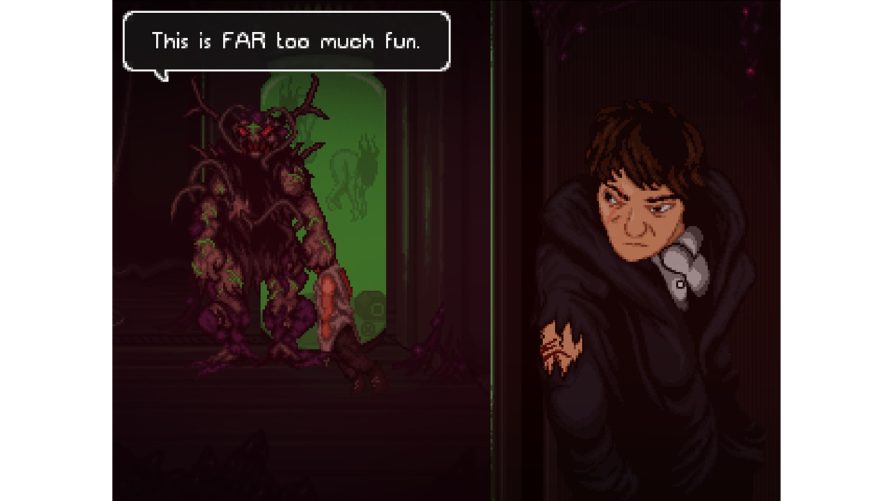 Tondbert and Starborn. Two playable characters in Guard Duty from two very different time periods with nothing in common -- except that both are required to save humanity. Yeah. Minor detail. Tondbert is a guard in the past, while Starborn is kicking you-know-what and taking names in the future as a member of the resistance. Their fates are intertwined and unsurprisingly, Tondbert is very much the reason for all the problems Starborn is dealing with in the future. So, confused yet?

If you are, well, be sure to check the game’s “familiar RPG styled quest tracking system” (aka. quest log). Still confused? Well, that’ll happen when jumping back and forth in time like this, even if you are only leaping between characters in said time periods, not actually traveling across the centuries. Either way, there’s adventuring to be done, and unless its creator is lying to us… there will be no moon logic or other nonsense from the classics. Even if Guard Duty does very much resemble the adventure games of yesteryear in terms of not only appearance but humor as well.

I mean, the whole chain of events you’ll be dealing with began with Tondbert having a drink too many at the local pub. Beer bad. Beer very bad. Wait, no, ale. Not beer. Beer doesn’t exist in that time period. Might not even be a thing in whatever year Starborn is in either! Unless the whole princess kidnapping is taken care of. You know, the problem created from Tondbert’s overt fondness of brew. Think you’ve got what it takes to point ‘n click in the past and future?

Guard Duty is available on Steam, carrying a $9.99 price tag.