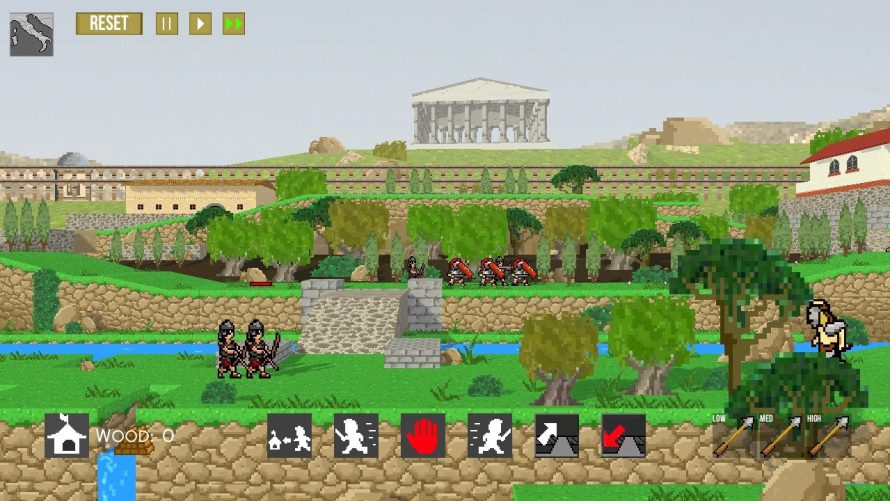 Roman soldiers on the left. Bandits on the right. Chaos ensues as battles are fought on multiple… layers? Wait, what?! Oh right, Super Roman Conquest is a sidescrolling strategy title, so I guess that makes sense. Gotta love genre mash-ups!

My initial impressions upon seeing the screenshots and gameplay footage, pre-alpha and all, was a nostalgia trip of sorts. It reminded me of a Super Nintendo title called King Arthur’s World. While this one is obviously more complex than the 1992 strategy classic, they do share some common ground. Why aren’t there more games like this? I believe the amount of RTS indie creations that aren’t the typical top-down micro-management-nightmare sort can be counted on one hand. A shame. But enough of that.

After carving out the foundation of SRC, we began to layer more and more strategic depth into the game. We set out to blend the plate-spinning and progression elements from modern strategy games with nostalgia for classics like Worms and King Arthur’s World.

See? King Arthur’s World! Anyway, with the ability to control individual units on the battlefield, there’s plenty of room for strategy here. Soldiers aren’t simply sent forward in a line, fighting whatever they encounter. You’ll have to move each legion around in real-time, choosing when to fight, when to retreat and… in some cases when to build bridges and battering rams. What? Surely you didn’t think they crossed rivers, shallow or deep while wearing such heavy armor? This is why it’s important to have unique troops, engineers, and doctors among others, join your ranks; remember that dead men deal no damage. 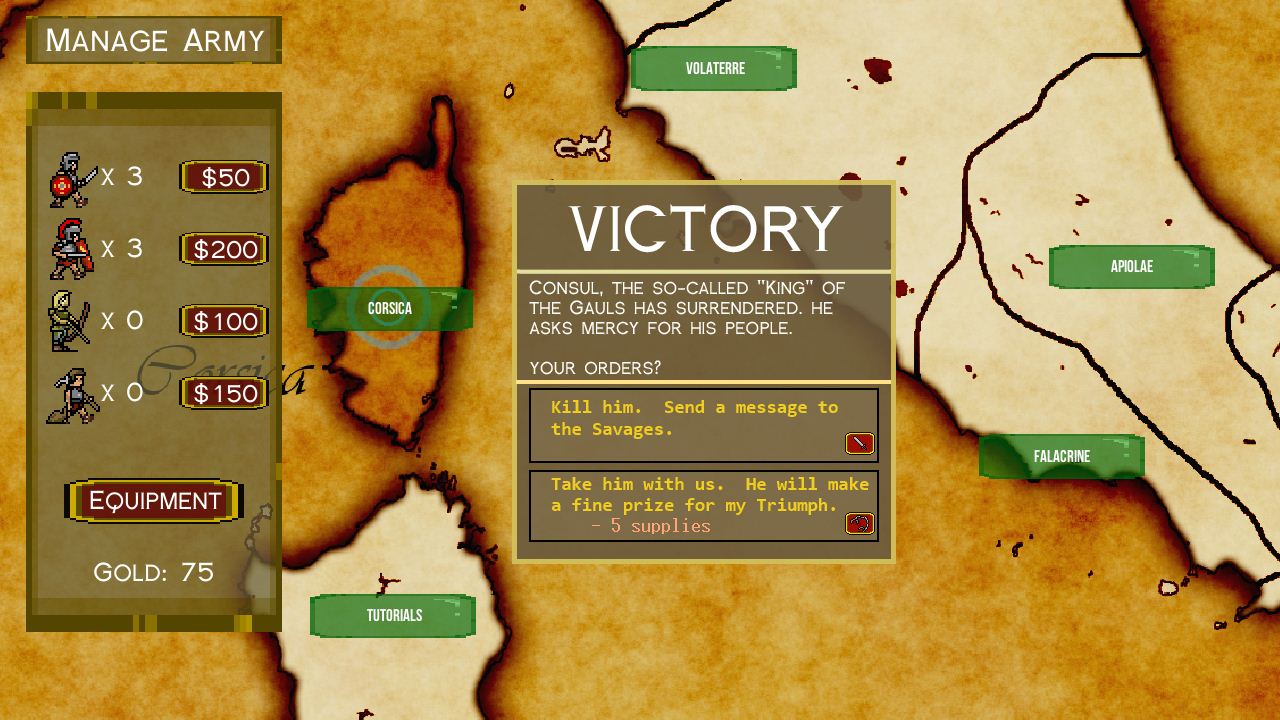 Being able to move units between several ‘battle lanes’ allows for advanced tactics. Setting up an ambush or less combat-centric things, like retreating temporarily to heal the wounded, can easily help balance the odds in your favor. Since units can be upgraded post-battle, the old saying ‘what doesn’t kill you makes you stronger’ certainly applies to this game. In fact, between duking it out on tri-lane maps, there’s a campaign map with all kinds of fun stuff. Among other things, this is where you’ll be able to recruit, upgrade and organize your armies, before venturing off to fight another glorious battle.

Anyway, Rome wasn’t built in a day and neither will this game be; especially if they don’t receive the necessary funding. Also, keep in mind that the details shared here are not based on hands-on experience. To the best of my knowledge, Super Roman Conquest is in nowhere near a state where the public -- or journalists -- can get their hands on a playable build. Closed beta access should be available around the holiday season this year, however; so maybe I’ll be fighting for the glory of Rome, come December? 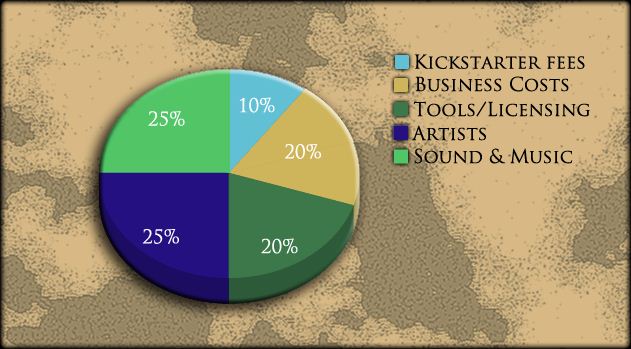 For now, Super Roman Conquest support is still needed on Kickstarter. With $18,658 of $30,000 pledged and 17 days remaining, things are looking good and the pre-order tier is $10. Those more generous could opt for a signed copy for $100, or go nuts and drop $500 to become an in-game general! Their Kickstarter page contains a wealth of details on the game, so be sure to check that out, even if you’re not interested in donating; voting on Greenlight won’t cost a dime either. So for the glory of the Roman Empire… LET’S GET IT KICKSTARTED!