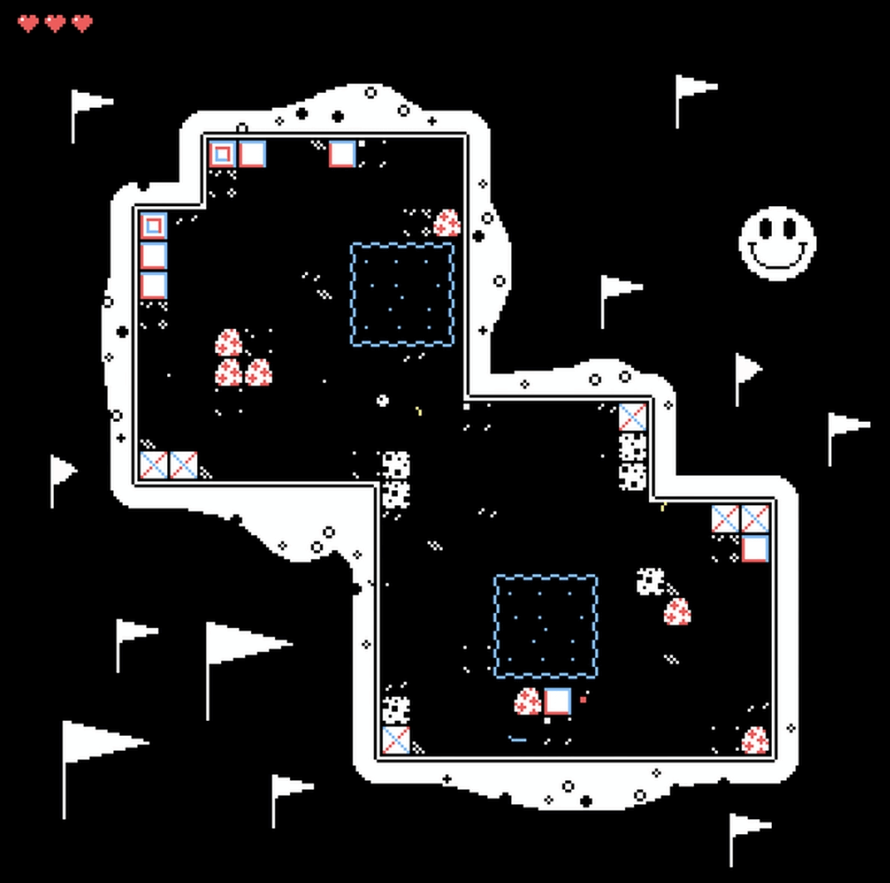 Ain’t easy being a tiny microorganism -- or whatever germs are -- in this land, danger lurking in every shadow. But hey, at least there’s no shortness of food to smash to pieces and gobble up! Ah, the destructive nature of a germ. So simple, so peaceful, so… hungry. Always on the look for that next meal, as only when all have been dealt with, shall the door to the next area reveal itself. Such is the way of GERM…

Not even exaggerating. It’s a pretty basic, yet entertaining, affair, and one that’s honestly a tad too easy. Or maybe I’m just amazing at surviving in a microscopic world? Yeah right. Well, whatever the case, controlling the little thing is simple enough: one button blasts ya in the direction you’re moving, shattering those colored little worms, readying them up for consumption -- which is taken care of by holding down the other button. Like I said, simple.

Too simple? Maybe, maybe not. Probably helps that I pretended to be an evil scientist, hell-bent on spreading the plague across the world and that GERM was the first step in doing so. It doesn’t exactly come with anything resembling a backstory after all, and given the slightly basic gameplay, it definitely helps to, you know, come up with your own. Alternatively, you could just take it for what it is, according to its creator: a ‘beat-boxing bumpy wiggly action game’, and find out just what biological warfare(?) will get ya.