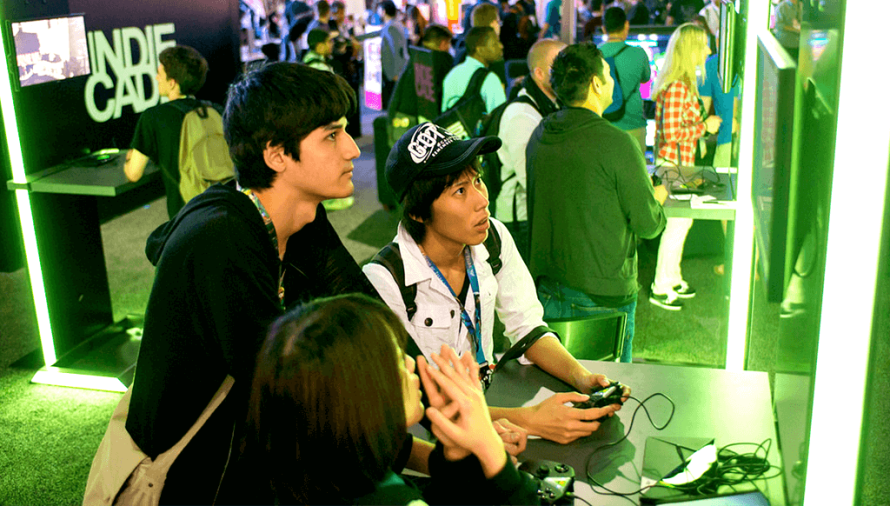 Unless you’ve been living under a rock, chances are you’re aware of how E3 2017 is only little over two weeks away. While I’m not super excited at the prospect of Microsoft, Sony, Ubisoft and other big AAA developers showing off upcoming games (perhaps even hardware?), something about E3 does still manage to raise my spirits. A little something called the IndieCade Showcase, and this year’s lineup is looking mighty groovy!

But before we get to that, some quick facts, as you’d probably like to know where to go, the Los Angeles Convention Center being a pretty big place and all: South Hall 501 is where the IndieCade fun takes place, featuring no less than twenty-four indie games! As is often the case with IndieCade Showcase, Indie MEGABOOTH, and other expo related celebrations of all things indie games, this too is a mix of titles I’m somewhat familiar with, and ones I’ve never heard about. Good stuff for sure.

So without further ado…

A Case of Distrust by The Wandering Ben
BORDERS by Macua Studios
Burly Men at Sea by Brain&Brain
Delphyq by Beyond Red Wave Arts
Desert Child by Oscar Brittain
Detention by Red Candle Games
Disco Bear by Brian Handy and Katie Pustolski
Frog Fractions 2 by Twinbeard and Mostly Tigerproof
Hackers of Resistance by The Hackers of Resistance
Herald: An Interactive Period Drama – Book I & II by Wispfire
NORTH by Outlands
Oikospiel Book I by David Kanaga
One Way Trip by Beret Applications
PolitiTruth by Cinq-Mars Media
RIOT – Civil Unrest by IV Productions / Leonard Menchiari
The Cat and the Coup by Peter Brinson and Kurosh ValaNejad
The Cat in the Hijab by Andrew C. Wang
The Metronomicon by Puuba
Tracking Ida by Tracking Ida Team
Vampire: The Masquerade – We eat Blood and all our Friends are Dead by White Wolf Entertainment / Fula Fisken
Virtual, Virtual Reality by Tender Claws
Where the Water Tastes Like Wine by Dim Bulb Games