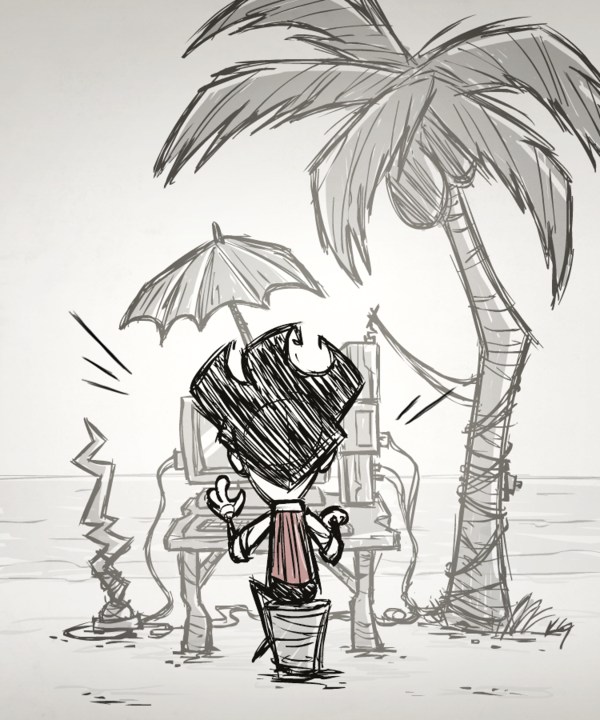 It’s been quite a journey for poor Wilson. For years, he’s been doing whatever it took to survive on the mainland, struggling with starvation while trying to retain what little his sanity remained -- while fending off giants! As such, a change of locale might be nice from time to time, which is exactly what he got about a month ago in Don’t Starve: Shipwrecked. While he may not know what tropical trials lie ahead, we (kinda) do, thanks to a recently shared roadmap from Klei. Groovy.

Keep in mind that everything in this roadmap is, as these things go, subject to change and none of it finalized. That said, there’s some pretty neat stuff planned for this latest Don’t Starve expansion, including some much-needed balance changes. Thing is though, given the random nature of everything from how each new world is structured to how everyone plays, figuring out if something is too strong, too weak, just right, or somewhere in-between… is likely to be quite a struggle. On this topic, their current focus will be on “volcano eruptions, sharx, floods and poison”, albeit not necessarily in that order. Ah, good ol’ volcanoes.

We’re aiming to release an update around every 3 weeks, with the next update being scheduled for the middle of January and the final update being at the end of February. After that there will be an update dedicated entirely to bug fixes and balance changes.

Alongside the plans for tweaks, changes, fixes, whatever you wanna call them, are also something potentially more exciting, namely additional content! More bosses, several new (playable) characters and another biome. Very groovy. Oh and how about being able to move back and forth between Don’t Starve vanilla / Reign of Giants and Shipwrecked? Yup, also coming, and you even get to keep your items. Land ho!