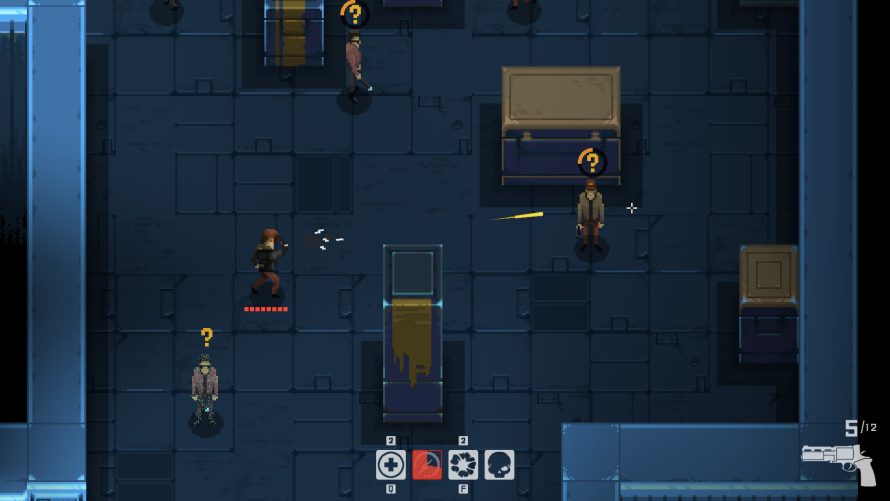 Welcome to the year 2048, during which the world has pretty much gone straight to Hell (but what else is new, right?), crime is at an all-time high, much like corruption and civil unrest. Less than ideal to say the least, but perhaps there is hope. Perhaps the actions of Disjunction‘s trio of protagonists can change things for the better. Perhaps they won’t simply take advantage of the situation, go mad with power, and take control of the city… for personal gain. Yeah. We’ll see.

That’s all up to you, the player, though. Frank Monroe, Joe “Lockjaw” Murphy, and Zhi Zhu -- they’re nothing without your input. Nothing! I mean, yeah okay, they are kinda required to change New York -- for better or worse. Right, anyway, here’s the thing. Each situation, encounter, scenario -- whatever you wanna call it -- can be handled in one of two ways: guns blazing or stealth. Shoot or sneak. Kill or, well, don’t. But what matters far more than that are the choices you’ll be making throughout this story. Because no one is going to forget what you just did/didn’t do, and hopefully the game will feature both short-term and long-term consequences.

In the United States, natural resource scarcity and severe climate change have led to massive urbanization, with millions of Americans forced to seek new lives among the sprawling steel and concrete of America’s cities.

Navigating the beautifully pixelated city of New York might prove rather challenging unless you manage the trio’s abilities, cybernetic upgrades, and talent trees accordingly. “Shoot first, ask questions never” might not be the most optimal route, but chances are it will be fun -- with the right ‘outfit’. Oh, and while the three stoo-- characters have virtually nothing in common, you better believe that the narrative spun here will be connected across the board. Or some such. Actually, maybe they have plenty in common, only they don’t know it yet? Not entirely unheard of in the year 2048.

Disjunction will be available on Steam in 2019.

Disjunction - Trailer
Facebook Twitter LinkedIn Pinterest Tumblr WhatsApp Telegram E-mail
Previous article A Journey of Discovery Awaits as a Shipwrecked Adventurer in 'Stranded Sails - Explorers of the Cursed Islands'
Next article Puzzle Through the 1960s in 'Agent A: A Puzzle in Disguise' to Thwart the Wicked Plans of Ruby La Rouge