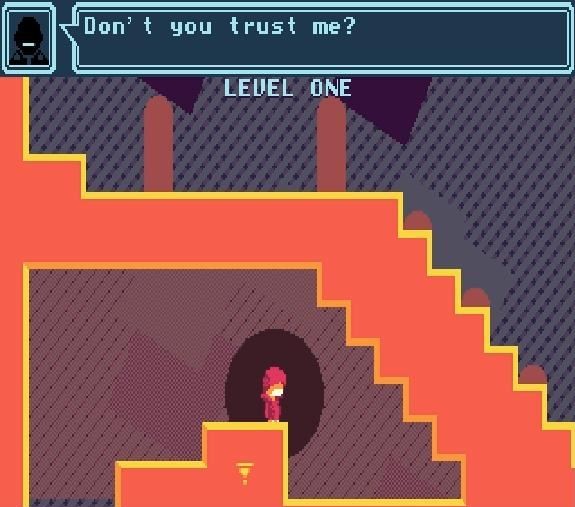 You wake up in an unknown place to the sound of a strange voice, which seems intent on getting you to safety… or is it the opposite? Nothing is what it seems to be in this retro-styled platformer, and since you never know what’s what, you’re gonna have to keep your wits about you, if you want to make it out alive.

depict1 was originally a Global Game Jam 2010 creation, but the version I played had received an extra layer of tweaking and bug squashing, resulting in an overall more polished experience than what came to be in those 48 hours. The theme of the jam was “deception”, which this game definitely nailed, as far as I’m concerned: Right from the beginning and all the way to the end, there’s no way to know whether what you are being told (or see) is actually the truth, or if you’re being manipulated!

It’s quite difficult to say more without going into spoiler-territory, which I’m not a fan of, so how about you simply try it yourself, seeing how it’s free? It can be played on Newgrounds or you could just download it. Don’t forget to check out some of his other games either.