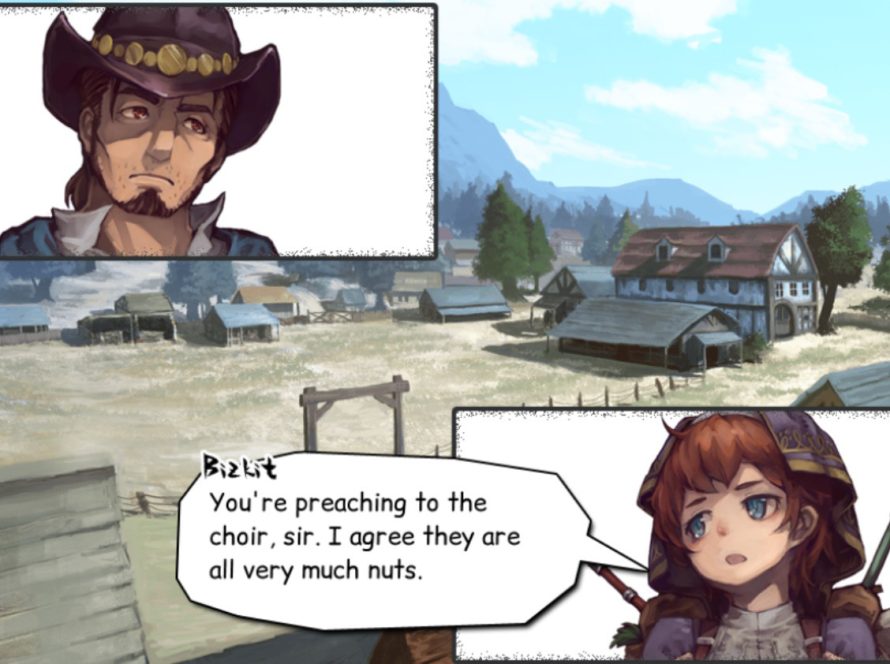 Adventure. For some reason, the protagonist of a wild west story always goes looking for it. Don’t know why they can’t just live a normal, quiet life in… well, Cow Stone Bell, far as ‘s Jo goes. That would make for a rather boring experience, however, so it’s probably good that she herself is in fact bored with her life. But will she end up getting more than she bargained for? Will this journey she’s about to embark on be her last? Time will tell…

Time and only time. I mean, this is a kinetic novel, and as such, the player doesn’t really get to interact with the story. Bit of an odd choice if you ask me, but that’s just how it is. Doesn’t mean the story isn’t worth ‘playing’ through, though -- just that one should not go in, expecting multiple endings, branching paths or such.

Dead End Junction hits on themes relevant to the setting, such as treatment of the Native American population and the scars left by the Civil War (represented in-universe by the Fuuro and the Border War respectively); many of which are applicable to life in the world today.

That said, there’s still plenty potential for both excitement and hazardous times, as our story begins with Jo’s father having gone missing! Cue dramatic music, and a protagonist hellbent on turning every stone to locate her parent, risks be damned, in this alternate universe comic book-style Wild West. Oh, and remember: when you have to shoot, shoot, don’t talk.

Dead End Junction is available from Steam, at $8.99.