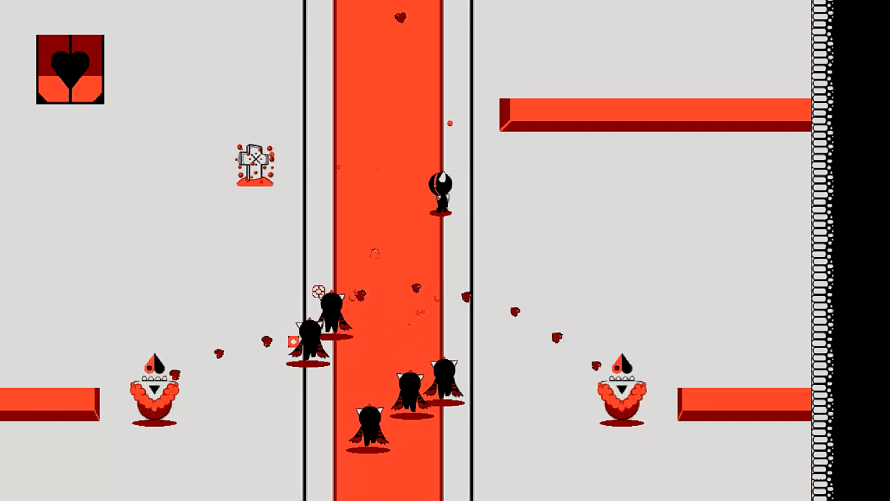 Generally speaking, not showing up for your own wedding… is a terrible idea. But in DarkLove you may not have much of a choice, as demonic beings are doing their darnest to stop you from ever reaching your bride-to-be in one piece. Oh, and your heart is – quite literally – continuously breaking, so you may want to run like your very life depended on it because it kinda does in this game.

That said, a more viable solution is to simply fight back, make those who would stand in your way suffer. Big time. Kill them! Punish those who would argue to such a holy union, making them forever hold their peace! I mean, dead men tell no tales after all. Unfortunately, this is by no means a permanent way to fix your little pest problem, as most enemies have a tendency to reappear moments later, while other are downright immortal.

So what CAN you do? Well, I did mention running, right? Or run and gun, I suppose, seeing how slaying someone heals you in this bizarre world, creating a chaotic bullet-hell in which you also race the clock. Quite a troublesome affair to say the least, even if you do get to restart from the last screen/area you entered upon dying. See, in spite of such generous checkpointing, I was never able to get past the third (and final?), try as I might. Maybe you’ll have better luck, eventually finding that one true… DarkLove.