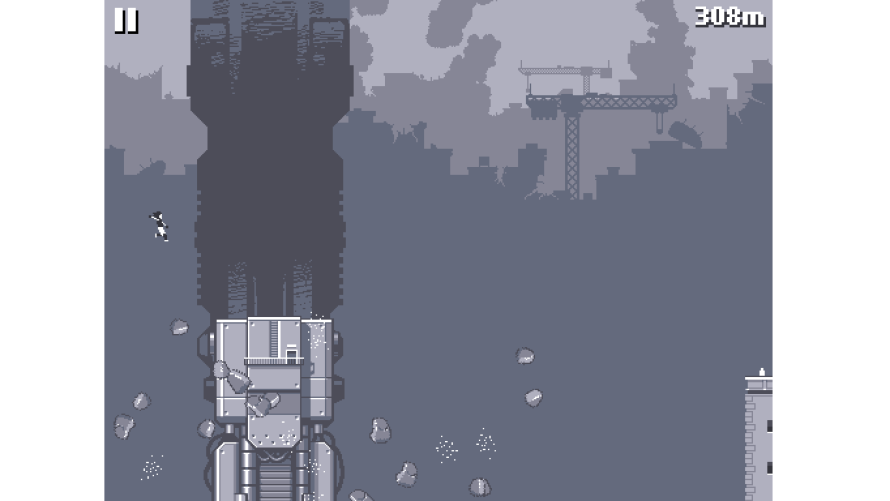 It’s no secret that, generally speaking, me and endless runners haven’t always seen eye to eye, but even so -- nothing but love for Canabalt. Sure, the genre has come a long way since 2009, but even though it’s been almost five years, this one still holds up quite nicely. Especially given its recent, rather substantial patch.

Dashing across rooftops, dodging crates and jumping from building to building as they begin to crumble may sound awfully generic, and maybe it is… but it’s also a lot of fun, once you get into a rhythm. Like in most other genre entries, at the end of each run, you’re rated bast on how far ya managed to, well, run.

At launch, that was all there was to it, but then came leaderboards and other fun stuff, with lovely widescreen support (on supported iOS devices) and new playable characters joining the action, as part of its recent 1.8 update. For an almost five-year-old game, that was certainly a surprise, albeit a welcome one.

But as it turns out, Semi Secret Software wasn’t done with their App Store classic just yet, for yesterday, the game received another update! This one (2.0) was quite the content patch, packing a grand total of eight new modes and local (same-screen) multiplayer. Impressive, although the latter might be a tad chaotic on an iPhone, ya know? 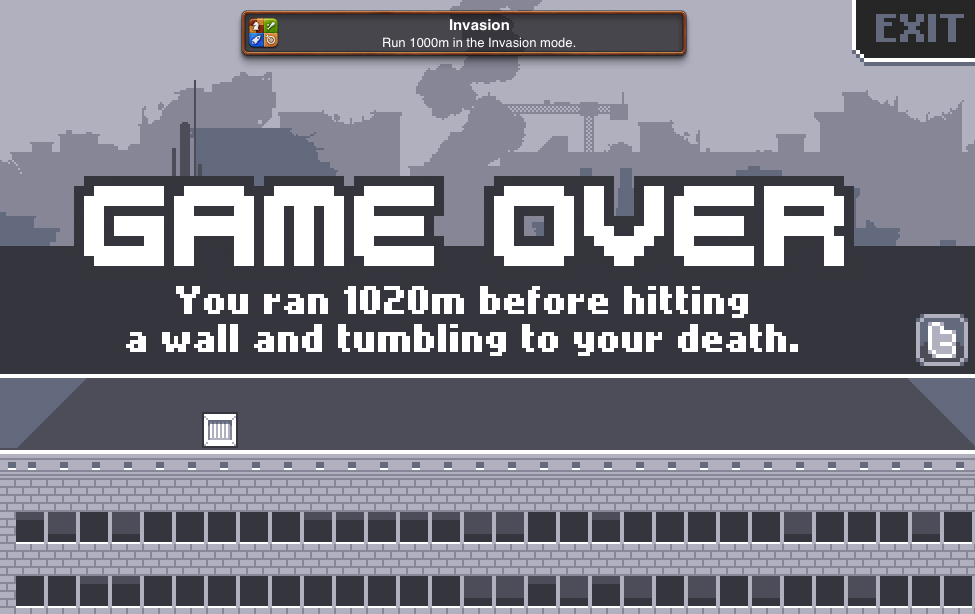 Oh, and if you want a proper challenge, I’d recommend Invasion, in which the game randomly smashes buildings with noticeably smaller pods(?), leaving you with much less space to maneuver. Fun!