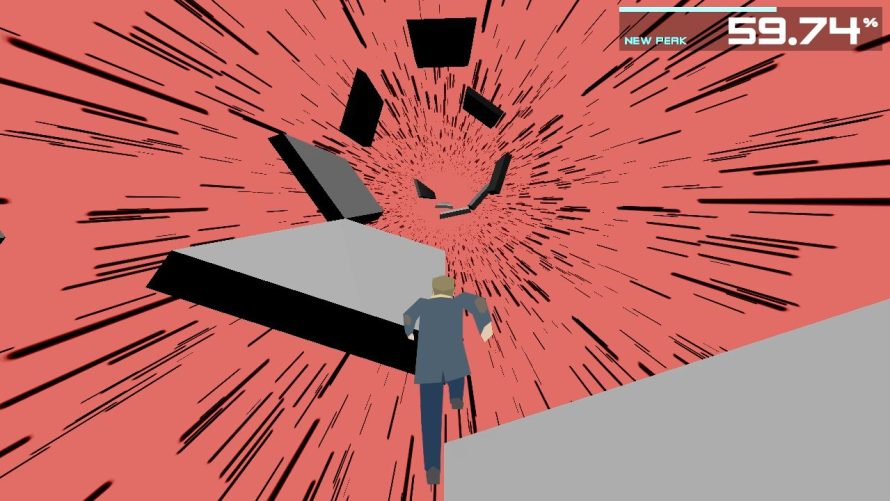 Particle discovery. Not exactly the most exciting thing, but that’s the core of Boson X. Fortunately what it’s actually about is running as fast as you can, jumping between platforms and building up enough energy for a collision of epic proportions to… discover particles! I do believe science just got a lot more interesting (and fast-paced).

Who’d have thought sprinting inside a massive particle collider would make for such an exciting endless runner? Not me, that’s for sure, but after playing Mu & Heyo’s newly released Boson X for less than five minutes, I was hooked. Wasn’t good at it, but that’s besides the point because I was still having fun and over time I did get better as my reflexes improved. Oh, and you know that “maybe I’ll do better this time” thing Super Hexagon, Daily Frenzy, Canabalt, and other ‘coffee break’ games nail? Go ahead and add this one to the list; even more so if you’re the competitive kind since each level (experiment) has its own set of online leaderboards. But I’m getting ahead of myself, so let’s take it from the top.

Your main objective is to discover Boson X (hence the title), which is anything but easy. Initially, you’ll only be able to play an experiment called GEON, which is a slow and relatively safe training ground of sorts. Essentially, a way to get your feet wet and familiarize yourself with the controls, because like the game itself, they’re deceptively simple. Pressing either up, left or right causes our nameless protagonist to jump in that direction. Simple enough, though sometimes you’ll have to hold the key down to clear larger gaps! Doubt I need to explain what happens if you miss a jump or fall off a platform (hint: particle collider). 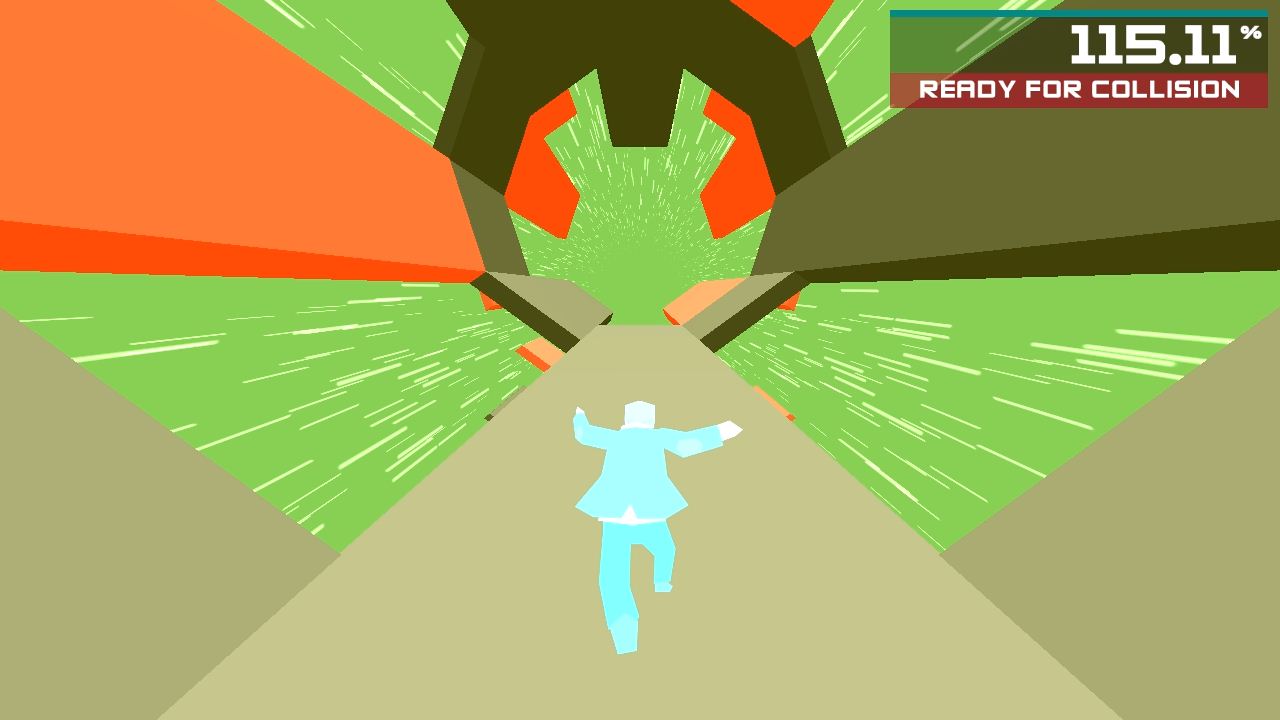 While that first bit (GEON) is easy enough, you won’t be able to access the rest of the game until you’ve performed a “high-energy collision” in each experiment. This is where the percentage in the upper right corner comes into play -- your energy indicator. Get it to 100 by running across blue platforms and KABOOM, the level changes and more are unlocked. While it does continue past this point, additional progress is only used for leaderboard conquest. That said, I have a feeling a lot will be fighting for a spot in the top 10, seeing how those are actually listed on the website! Ah, bragging rights. Nothing like it.

Progressing through the game can be almost as tricky as placing in that infamous top 10 though, and that first experiment will soon be but a fond memory of an easier time, with its relaxing pace and lack of hazards. What do I mean by that? Well for starters, hope you enjoy dodging lightning barriers… or how about navigating narrow tunnels that rotate into view? All that coupled with a rather hectic pace later on definitely spells “difficult”. It’s a good thing the controls are pretty much spot-on, even if I would have liked to blame them for my rubbish performance. Eventually, I did get better and cleared most experiments, but man… GRAVITON. Yikes! I’ll finish it at some point. Just need a tiny bit (read: a lot) of practice.

The fact that levels are randomly generated should come as no surprise, and in my opinion, it’s both a blessing and a curse. It does mean you can’t simply plot a course and enable auto-pilot after the 100th attempt, but also that you’ll never know what’s coming. It’d be much too easy if one could memorize the layout though… so it’s a good thing that the only constant is the catchy soundtrack playing in the background, as you run through each of the six experiments.

All in all, it definitely provides some interesting twists on the endless runners genre with its rotating platforms and science craziness. It even comes in three different flavors: Windows, Mac, and Linux, . Feeling competitive? I put a screenshot above this paragraph with my best efforts at the time of writing, and as such, I dare you to download Boson X and attempt to beat them. I dare you!