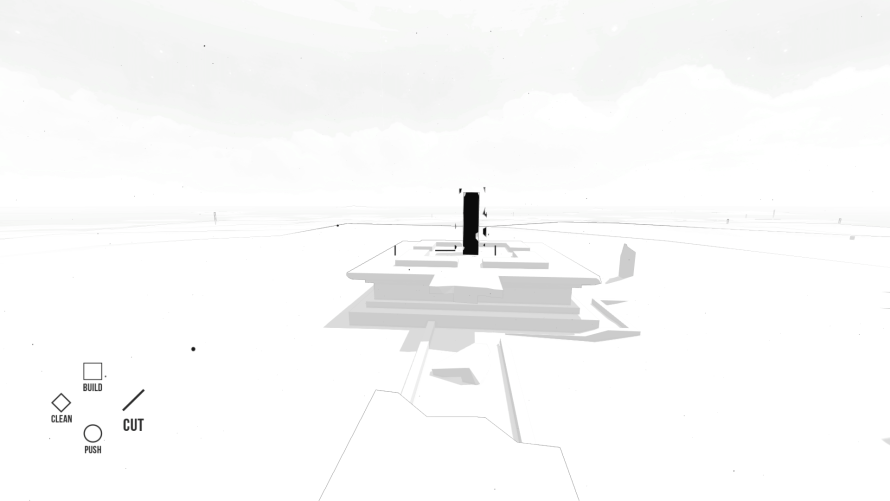 It is often said that the universe is vast, perhaps even endless, and in a strange way, Bokida -- Heartfelt Reunion certainly embraces this theory. See, in this game, worlds long to be reunited, and I don’t mean those living on them. No, actual worlds -- or planets -- are in fact lovers, separated by… well, who’s to say, really? Whatever the cause, your job as the all-powerful messenger is to bring them back together. Unleash your creative side and make it so that light and darkness shall no longer be kept apart!

A daunting task? Oh, you have no idea, although, with the tools at your disposal, I dare say no task is downright impossible: slice, erase, fill and forcefully shove, reshaping the world as you see fit. So long as it benefits your purpose, of course, as you have not been granted access to said abilities for personal gain. That’s not to say you’re forced to only go in a specific direction, leaving no room for any exploration, as you are in fact permitted a fair amount of freedom to explore and experiment. According to the official description at least.

Exploration revolves around the playful manipulation of this tool to engage with and harness the virtual environment. Bring life to the canvas of the computer screen by adding your touches of color. The initially dormant game world is transformed and turns into a place of beauty. Discover majestic landscapes to roam and dive into another reality…

As for the demo -- well, it ended rather abruptly, only really allowing me to experience what felt like an extended tutorial, gliding through the air, cutting down a wall or two and creating a force out of thin air to push objects into place. I suppose that simply means it fulfills the purpose of a demo though, which is to give players a proper taste of things to come. The fact that I found myself wanting to experience more is certainly a testament to how skillfully it was put together, even if the first several minutes felt a tad odd and daunting.

During these I found myself wandering a dark cavern, the environment defined by sharp white lines; unusual to say the least, if quite stylish. It wasn’t until, little by little, Bokida -- Heartfelt Reunion enabled me to interact with my surroundings that things really got going. Perhaps that choice wasn’t actually a misstep, as much as an intentional design choice -- one which will make a lot more sense in the soon-to-be-released full version? Pre-release demos, like this one, are after all more often than not a work in progress, meant as a sampler of sorts… and what a sample!