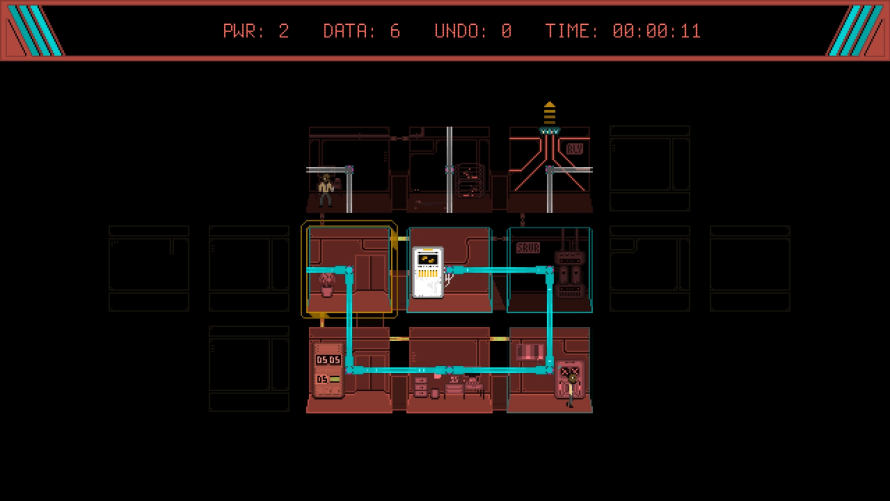 Trapping an AI is generally not a good idea. But in BIT RAT: Singularity, the situation is far worse than anyone could have imagined, for its AI -- MINOS -- is evolving! Evolving, growing, learning, and it’s quickly realizing that confinement is less than ideal. So what does it do? Rebel, of course, setting out on what will likely be a grand adventure in the… NET. It’s hacking time!

No one is safe in this cyberpunk puzzler, as MINOS has the power to hack human HOSTS, talk to RATS, control POWER, reroute DATA and… so much more. Note: I’m not sure why certain words are in uppercase, but that’s how they appear in BIT RAT: Singularity‘s description and I’m not one to misquote. That said, whatever the reason, keep your wits about you, and maybe you’ll be able to help MINOS escape this digital maze of a network. Maybe.

Along the way, witness drama unfold among your creators, form unlikely alliances with other life-forms in the NET, and begin to grasp the true nature of your existence.

Oh, and this is just the beginning, believe it or not; the first act, as it were. Does that mean it’ll end on a cliffhanger, leaving everyone eagerly anticipating more BIT RAT? It is billed as a ‘standalone first act’, so chances are that won’t be the case, RATS and all.