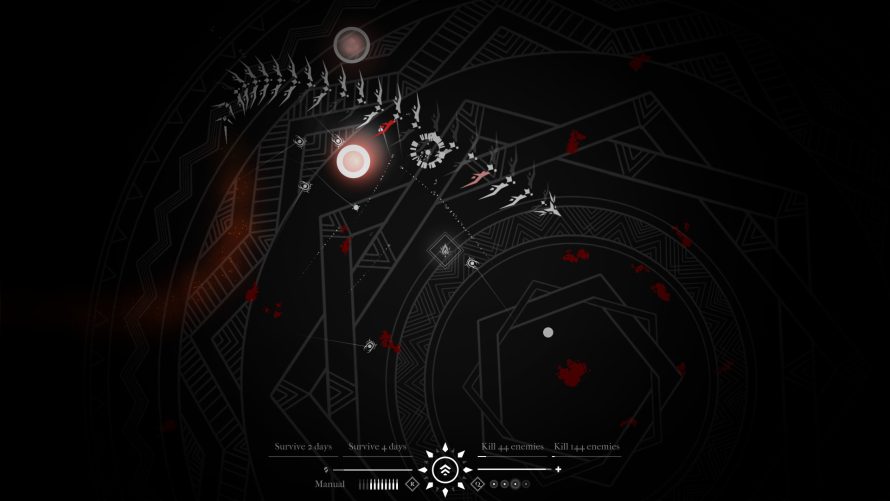 The world in which Beyond The Veil takes place has gone to Hell. There’s no other way of putting it, and yet one person remains determined to drive corruption from it, perhaps figure out his/her purpose in said world too. Won’t be easy though. Pretty much everyone -- man, beast and even living, breathing nightmares -- appear more interested in killing than talking. So, short version: you-know-what hit the fan, the world’s a wasteland, and you’ll have to fight tooth and nail just to survive. What’s not to like?

That said, as you can tell from the above screenshot, at least it’s not a bad looking place; especially for a so-called wasteland. Shame you’ll be too busy fighting for survival to take in the sights, but alas, that’s just how it is. Oh, and seeing how maps are procedurally generated with a dynamic weather system, no matter how well thought-out your plan may be, there’s no guarantee of its success. None.

Beyond the Veil is an RPG/top-down-shooter hybrid set in a dark fantasy world that explores themes of loss, grief and more.

Odds can be tilted ever so slightly in your favor by ensuring the best combination of weaponry, accessories, and inscriptions are equipped at all times. But seeing how equipment has a tendency to come and go, it might be an idea to also opt for some more permanent upgrades. Like, say, stat boosts or passive abilities from the trials? Yeah. Definitely couldn’t hurt. Unless you fail them. In which case I’d wager it will hurt, and quite a bit at that.

Beyond The Veil is available on Steam, carrying a $14.99 price tag.

Beyond The Veil Trailer
Facebook Twitter LinkedIn Pinterest Tumblr WhatsApp Telegram E-mail
Previous article Unity Editor for Linux Finally Gets an Official Replacement (...in Preview)
Next article 'Guard Duty' is a Comical Adventure About the End of the World Across Several Time Periods